"Out of ten, Donegal flooding is an 11" - Minister 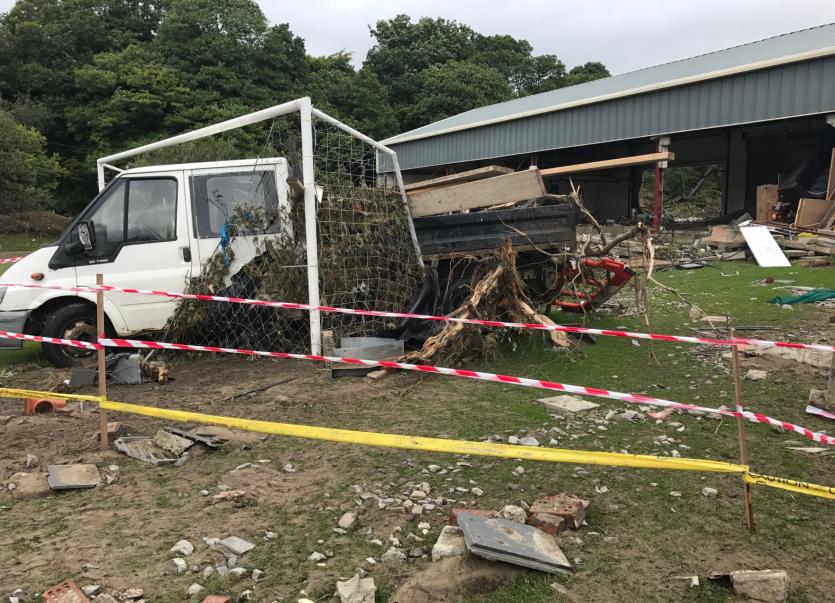 The Minister of State at the Office of Public Works  has described the damage caused by flooding in Inishowen on Tuesday night as unprecedented.

Kevin ‘Boxer’ Moran said he will be updating the taoiseach on the situation after visiting people affected by Tuesday’s devastating floods and attending an emergency council meeting in Carndonagh this afternoon.

Its is estimated that as much as 77 millimetres of rain, more than a month's worth, fell on north Inishowen in a seven-hour period and in some places the figure could be higher than 80 millimetres. The weather event  has been described as being unprecedented in nature.

The rainfall was followed by flash flooding which swept away bridges and parts of roads across Inishowen. Mudslides and flooding damaged homes and businesses.

“This is different - we have landslides, we have rivers bursting their banks, we have all sorts of things,” the TD for Longford and Westmeath said in Carndonagh today.

“I’ll be talking to the taoiseach in a half an hour and based on that meeting, I’ll be able to give him a better feel that this is not what we have seen before. This is on a scale that if you are going from one to ten, this 11. That is how bad the scale of it is up here at the present time. I don’t think the flooding that took place in Cork, I don't think the flooding that took place in Mayo, and I'm not taking away from that flooding - flooding is terrible, it’s dangerous. But what I have see here is an awful lot worse.

“I’ll be able to give him [the taoiseach] a full picture of what is going on on the ground and what we need to do.”

The minister of state visited areas affected last night and this morning.

Mr Moran told the meeting that a cross-departmental coordination group has been set up to help deal with the crisis.