Work is on schedule for multi million project 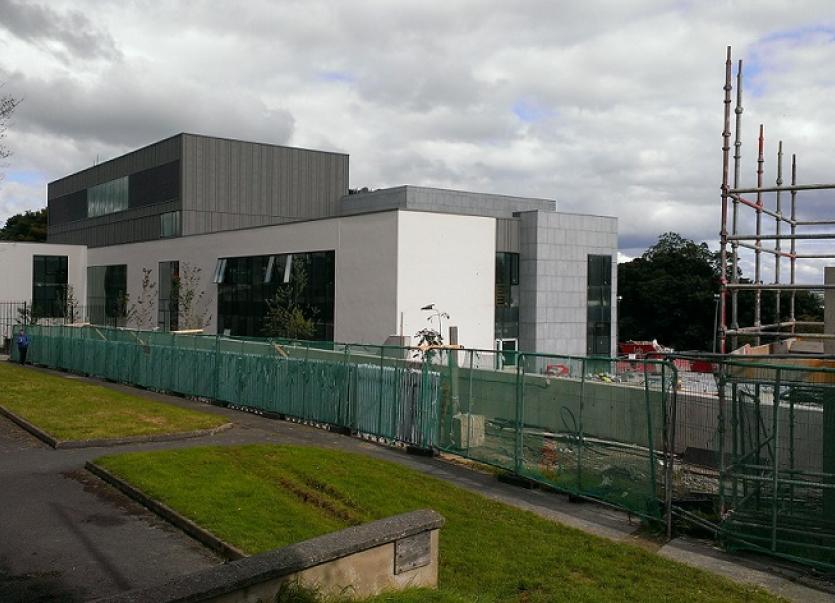 Work is progressing on putting the final touches to Letterkenny’s new new multi-million euro courthouse.
The building is located on the High Road on the site of the old Letterkenny Leisure Centre and swimming pool.
The work has been ongoing for over a year and a spokesperson for the Courts Services said they hope to have the first court sitting in the new state-of-the-art building before the New Year.
They stated: “Work on the new courthouse is nearing completion. In the coming weeks we will undertake a fit-out of the building and the transfer of offices etc. It is hoped the court will sit for the first time in December.”
Progress
They said they will also release further detail of the range of facilities on offer to the public, judiciary and legal professionals at the new court building.
It is understood that the new premises will have double the amount of courtrooms compared to the old courthouse on Justice Walsh Road, going from two to four.
It will also have extensive office space for the staff of the Courts Service and members of the legal profession as well as having enhanced facilities for the public.
Earlier this year the Department of Justice confirmed there will be no public parking following a letter from Donegal County Council asking the Courts Service to review the decision.
The letter from the council came following a motion by independent councillor Dessie Shiels.