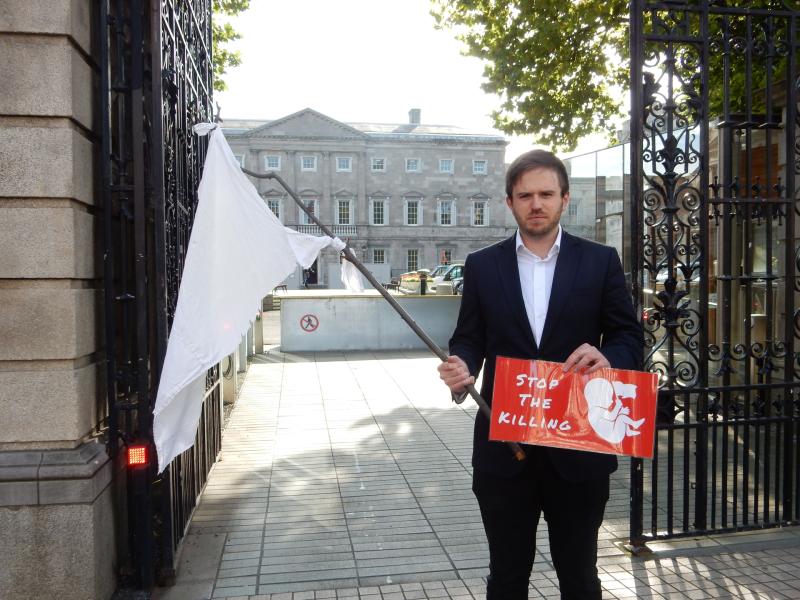 Anti-abortion campaigner, Tim Jackson, has ended is ten day hunger strike protest outside the Dáil after his request to have the Oireachtas committee examining the Eighth Amendment watch a video of an abortion was rejected by the group today.
Speaking from Dublin, Mr Jackson said he was “tired, hungry and cold” after his protest action but was “more determined” to continue his pro-life campaign ahead of the referendum.
He stated: “It seems to me another example of them sticking their heads in the sand and not really want to face up to what they are trying to legalise. If they were to look at the hard reality of it, how the child is killed, it would be indefensible really,” he stated.
“It is disappointing in one respect however it is not very surprising. In the coming months it is a case of keeping up the pressure and defeating their plans to further legalise it in the country and to teach them a lesson that they can’t get away with something that is so damaging to human lives and will end so many human lives,” he added.