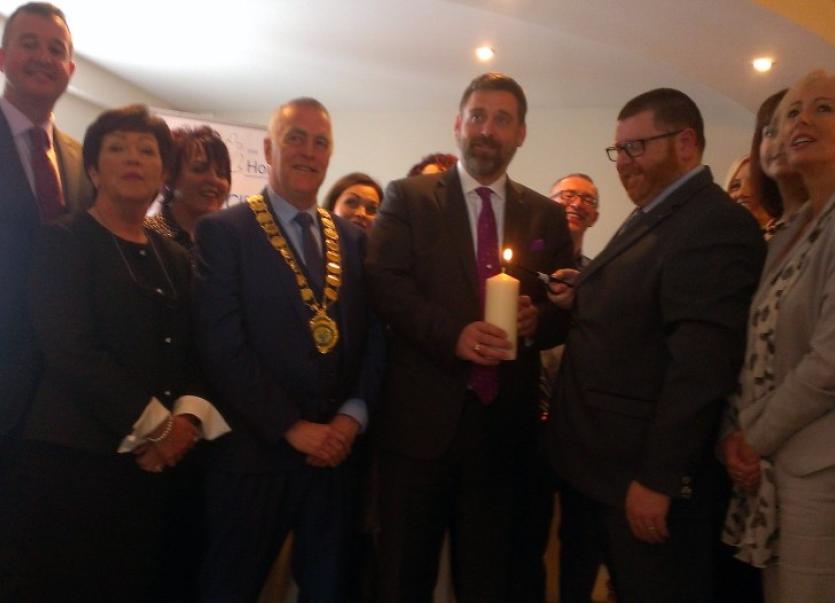 Lighting a candle of hope at the official launch in Letterkenny.

The official opening of Pieta House North west took place in Letterkenny this afternoon, Friday.
It was officially open by Mayor of Letterkenny, Cllr Jimmy Kavanagh.
The new centre is based at Grand Central, Canal Road, Letterkenny.
Also in attendance at the event was Pieta House CEO Brian Higgins, Tom McEvoy, director of advocacy at the charity as well as centre manager Dominick Gallagher and all the staff of the new service and a host of invited guests.
The charity opened for business in Letterkenny back in May and have already engaged with over 100 clients.
As part of the official opening a candle of hope was lit at the centre.
All the guest were then invited to the Radisson Hotel where the they heard that thanks to the generosity of the local public the funds were raised to open the centre a year ahead of schedule and it has has assisted just over 120 people since it opened its doors in May.

The service is free and available to everyone in the north west, on both sides of the border, the opening heard. 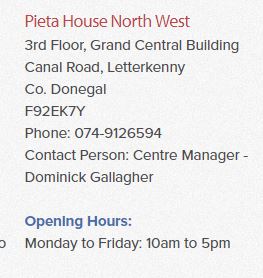