Donegal farmer a national finalist for excellence in Irish dairy 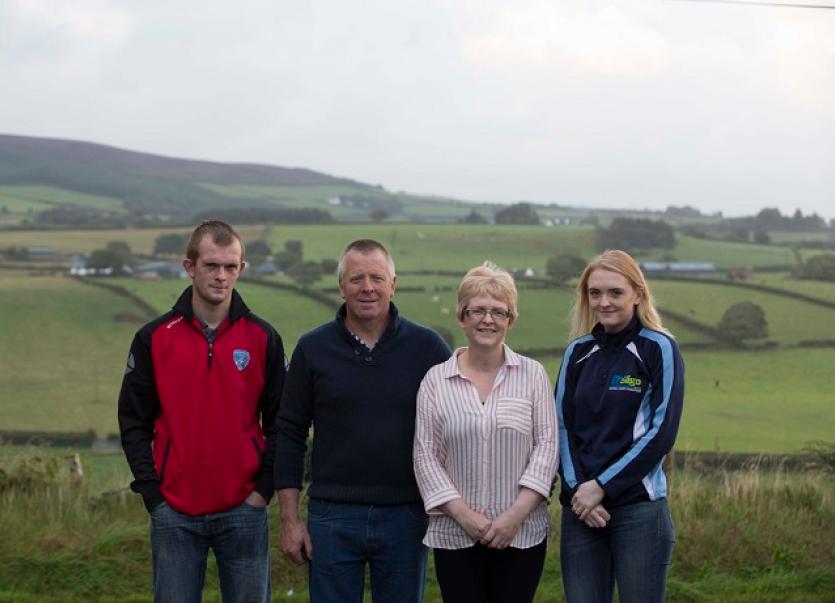 A north Donegal farmer was shortlisted in a national finals in the Irish Quality Milk Awards recently.
Sean Lynch, Glencrow, Moville was nominated for the award by Aurivo.
Sean’s father starting milking on this family farm in 1966 and now he now looks after it with his wife Marie, their son John will take it over in the future.
He has three daughters Gemma, Ellen and Catherine and one son John who currently works full time, but dedicates time to help out on the farm in the evenings and at the weekend. They won the Aurivo supplier award in 2016.
Their motto is “You can’t get clean milk from dirty cows”
The winners were announced in Dublin on Wednesday with presentations to 14 of Ireland’s top dairy farms by Minister for Agriculture, Michael Creed. Winners John and Maria Walsh from Tipperary were accompanied by their family and received a prize of €5,000 and the coveted NDC & Kerrygold Quality Milk Awards perpetual cup.
Minister for Agriculture Michael Creed said “Irish farming is more than just a business; it is a way of life. Irish farmers learn their craft from their parents and grandparents before them. It is no accident that Irish dairy products are regarded as the best in the world. Irish farmers and their family’s commitment to delivering world class quality milk, day in day out, coupled with our grass based farming systems has enabled us to build successful markets for dairy products around the world”.