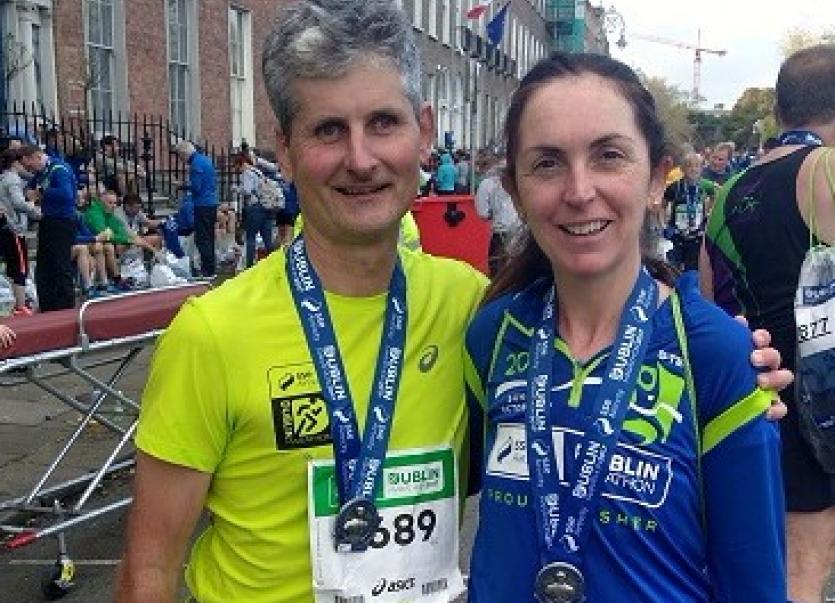 Jason Le Masurier and sister-in-law Siobhan Kearney after the marathon.

On Sunday Jason Le Masurier, who lives in Buncrana, successfully completed the Dublin Marathon, despite being told by specialists that he would never walk again.
Jason suffered a severe brain injury during a kite surfing accident in 2007, and his life was saved by the North West Air Ambulance in the UK. He remained in hospital for the next two years.
There were emotional scenes as Jason's family watched him cross the finish line on Sunday.
After the event Jason said: "I saw walking as a privilege after I was told I would never walk again in 2008. I must admit I felt like slowing down after 18 miles of running the marathon, but I was determined to keep my rhythm, and ran all the way to the finish, accompanied by my sister-in-law Siobhan Kearney, who was a fantastic support”.
Jason is now raising awareness and fundraising for the Irish Community Air Ambulance and Northern Ireland Air Ambulance, and wants to help the Irish Community Air Ambulance to establish a service across the Republic of Ireland.
“If I’d had my accident in Inishowen or in another areas of rural Ireland, I wouldn't be here,” says Jason.
To contribute to Jason’s Just Giving page go to www.justgiving.com.