Donegal bakery up for national award for innovation 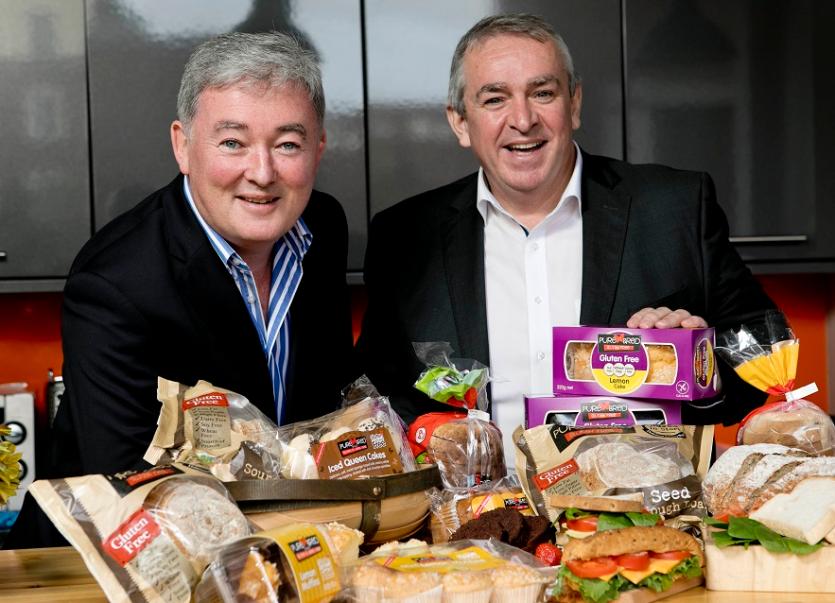 Declan Gallagher, and Tom Doyle, who are the founders and dirctors of Gallagher's Bakery in Ardara.

Ardara based Gallagher’s Bakery have been announced as one of the 24 companies who have been shortlisted for the Bord Bia Award awards which recognise excellence and celebrate success in Ireland’s largest indigenous industry.
Gallagher’s Bakery will compete in the Entrepreneurial category which recognises individuals or companies who have shown true entrepreneurial flair.
In recent years, the long-established company has created a range of superior gluten-free bakery products based on extensive research and new product development.
Capturing the gluten-free market has been a huge success for the business which has grown from employing 65 people in 2011 to 305 direct employees in 2017, which is expected to grow by a further 40 in by early 2018. Gallagher’s Bakery is one of the biggest employers in West Donegal and is in the process of completing a new production facility in Ardara.
By the end of the decade it expects to have products available in every one of the top 20 retailers in the USA and Europe.
The overall award winners in each category will be announced at a Gala Luncheon at the RDS Concert Hall on Wednesday, November 29.