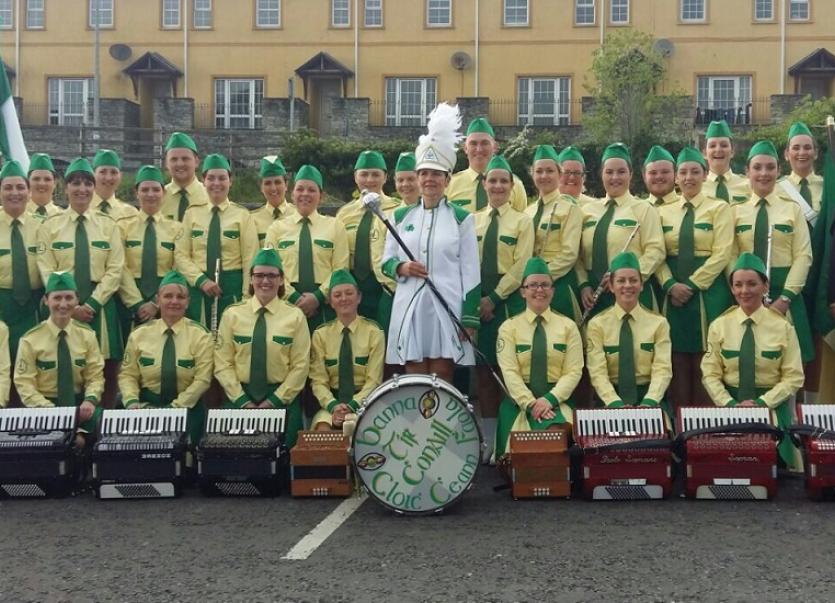 The award winning Cloughaneely Senior Band has been granted €11,000 to help them purchase musical equipment for the group, it has been announced.
Buíon Cheoil Sinsear Chloich Cheann Fhaola (Senior Band) was formed in August 2016 after a call for a spontaneous band reunion to welcome home the junior band on their All–Ireland win at Fleadh Ceoil Na hÉirean, that year.
Donegal TD and Gaeltacht Minister Joe McHugh has announced that he has sanctioned more than €11,000 from his Department to the band for musical equipment.
There was a large turnout of past members of the junior band and a decision was taken to form a senior band. One year on and the senior band also took part in the 2017 Fleadh and now has 36 members.
Minister McHugh said: “All members of the newly formed senior band were previously members of the U-18 junior marching Banna Cheoil Chloich Cheann Fhaola, with years of membership stretching from 1983 until 2014. During that time, collectively they have been All-Ireland Champions at Fleadh Ceoil na hÉireann ten times.
“The formation of the senior band has been a hugely positive move for all those involved and in promoting our language and heritage,” he added.