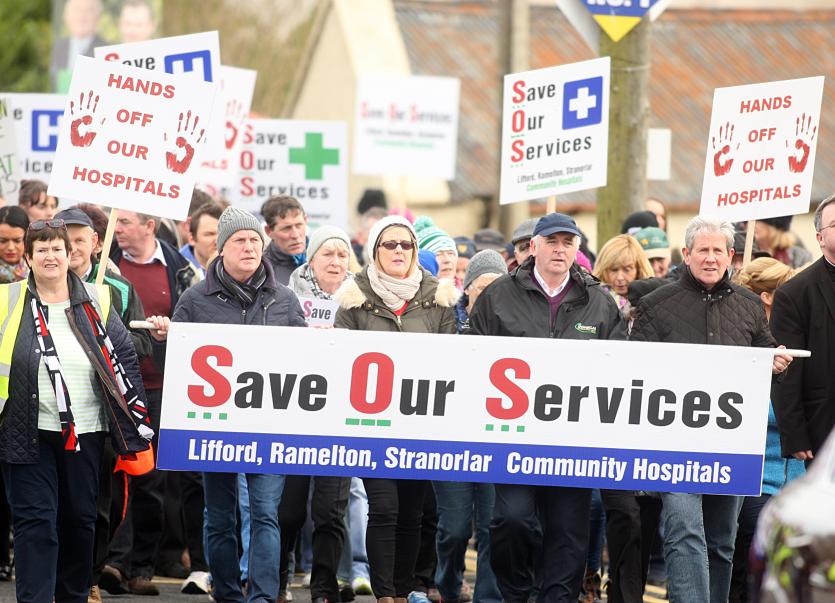 Deputy Pat the Cope Gallagher has lambasted the Government for their conduct regarding the long-term future of the Community Hospitals in Donegal. he has claimed in a statement issued today that the government has misled the public in Donegal in relation to long term plans for community hospitals in Lifford, Ramelton and Stranorlar.

Deputy Gallagher said it has been shocking how this matter has been handled by the various Ministers for Health since 2016 when they announced their policy decision to downgrade the capacity of all three hospitals – St Joseph’s Stranorlar, Ramelton and Lifford Community Hospital.

"It is clear following a series of Dáil questions placed by me to the Minister for Health over the past six months, that it remains the clear stated intent of the Government to remove long stay accommodation residency beds from these three hospitals, in line with the decision made by the previous Government in January 2016, this was reaffirmed to me on the 26th of July 2017, again on the 15th of November and again today 22nd of November 2017.

"It is shocking the extent to which some Government representatives have gone to in order to cover up or massage the truth on this matter since the original announcement was made in January 2016."

He said the Government have taken the decision to replace the three Community hospitals residency beds capacity with one centralised unit in Letterkenny.

He said that the reply to his  Dáil question of the 15th of November from the Minister stated: “This investment programme will see the provision of two new centres in Donegal, namely in Ballyshannon and also a 130 bed centre to be located in Letterkenny”.

Deputy Gallagher added what is clear from the numerous questions placed by him and the answers given by the Minister for Health that the Government have failed to reverse their current stated policy, which is to downgrade the three community hospitals in question.

"What is completely shocking was the intervention by Minister of State Jim Daly last July when he gave the impression that the Dáil question of the 26th July placed by me to the Minister was incorrect and inaccurate but, afforded an opportunity by me in today’s question to correct the record of the Dáil - they have not corrected the record of the Dáil and therefore the decision made by the Government in January 2016 stands and the reply given to me by the Minister on the 26th of July remains the stated policy of the Government.

"What is to be absolutely clear now is the Government’s intention to remove the long stay accommodation (residency beds) from the Community hospitals in Lifford, Ramelton and St Joseph’s Stranorlar. This is an incredib;e decision and a retrograde step in the provision of health care in our county."
Deputy Gallagher added the Government’s reputation and credibility on this matter "is in tatters and is completely shot" adding that "no one can have any further confidence in the process which they are engaged in."