One man auctioned the boots off his feet . . . 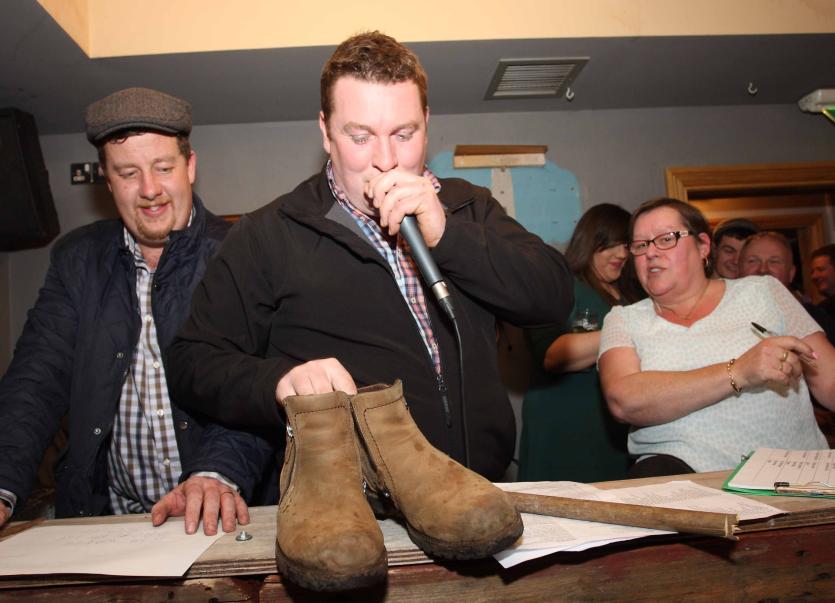 Auctioneer Michael Breslin auctions off a pair of boots one man took off his feet to help raise funds. Photo John McConnell

The 12th Annual Poor Farmers Association (P.F.A) Charity Auction held on Friday night last in Teague's Bar in Ardara is the stuff of legend - so much so that several people took the shoes off their feet to have them auctioned. 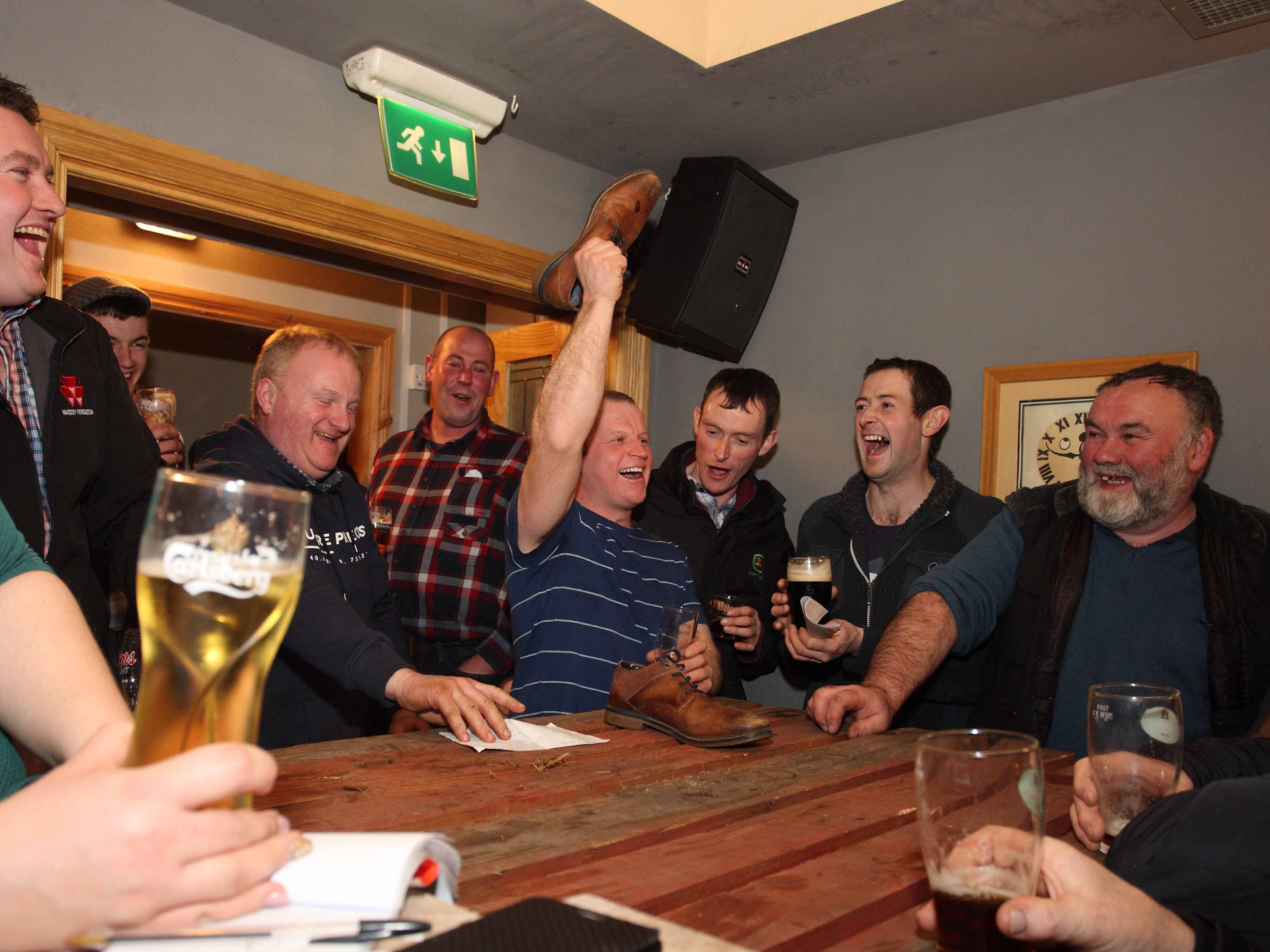 Conal Gallagher shows off a pair of shoes which he bought for €200 at the auction. Photo John McConnell

Friday's night's three hour marathon auction didn't disappoint with a spellbinding list of items put up for auction and early figures indicate that a staggering €28,000 (and counting) has been raised for very deserving local causes.
Up for auction was everything from sheep, hay, straw, turf, logs and believe it or not, several pairs of of shoes and boots donated from the crowd on the night - people literally giving the shoes off their feet to a great cause.
"We had some crack with those," Daniel Moy told the Democrat. "One man literally took the shoes off his feet and shouted up at the auctioneer that he wanted to put them up for auction, so we did," said Daniel. One pair of shoes were bought by Conal Gallagher for €200. 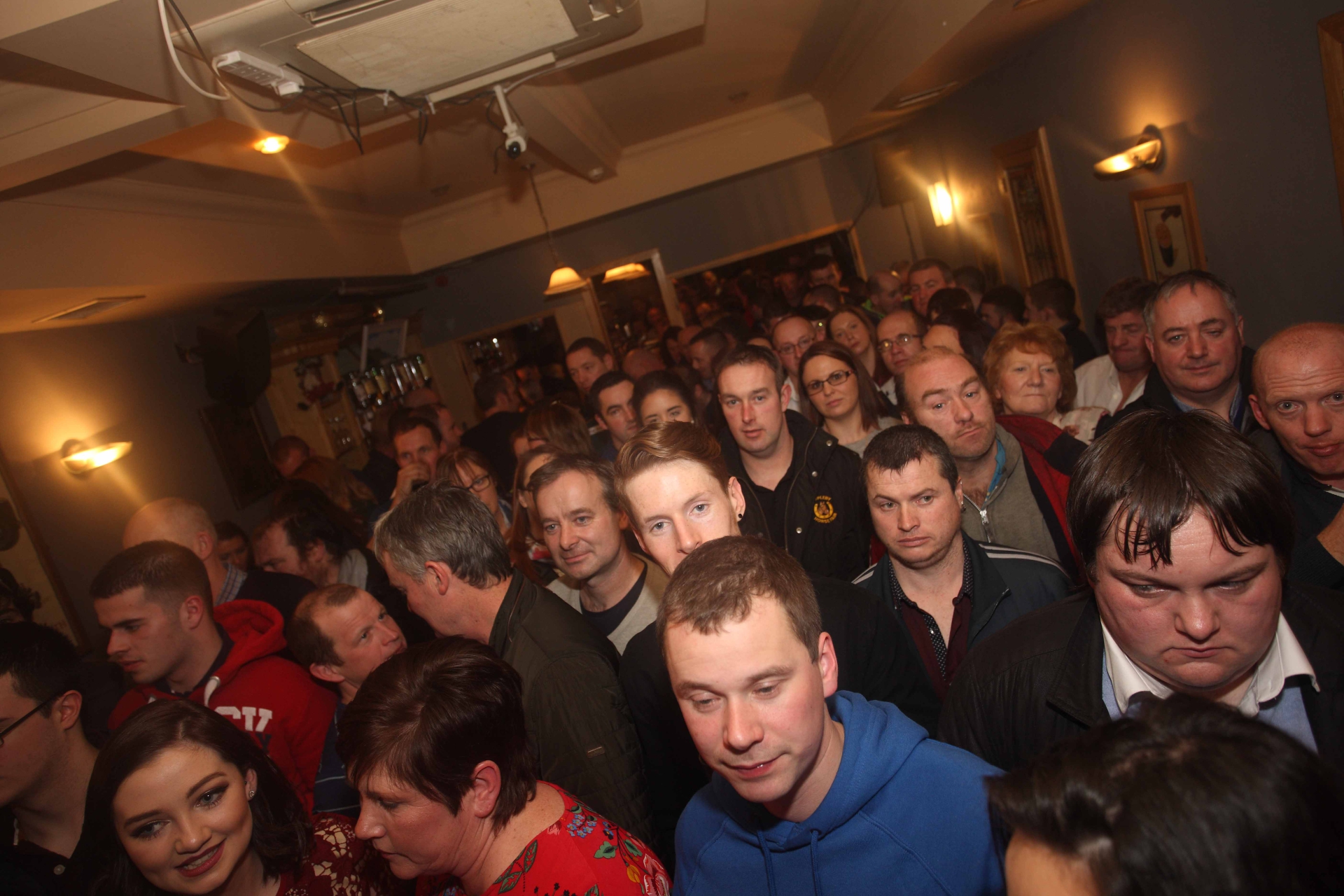 The auction is now in its twelfth year and up until, but excluding last Friday night's incomplete total, had raised a staggering €256,749. When Friday in included the total will sit at more than €280,000.
The crowds this year were phenomenal. "They came by the bus load from all over the place, it was incredible and we managed to get most of them in at some stage to enjoy the crack," said Daniel.
The PFA is run by a committee, there's no chairperson as such, everyone does their bit and the charities that benefit generally are linked to or associated with cancer treatment. This year's monies will go to Cancer Care West, the provision of two defibrillators in Ardara and to assist two young me from the area injured in bad accidents, Mickey Joe McMonagle and Shaun McNelis.
The auction started at 9.30am and the bidding was intense with three auctioneers, Malachy Daniels Gallagher, Daniel Moy and Michael Breslin all taking turns as they auctioned off items donated by hundreds of people.