Fears over Donegal broadband after withdrawal from government scheme

Eir has withdrawn from the tendering process for the National Broadband Scheme. 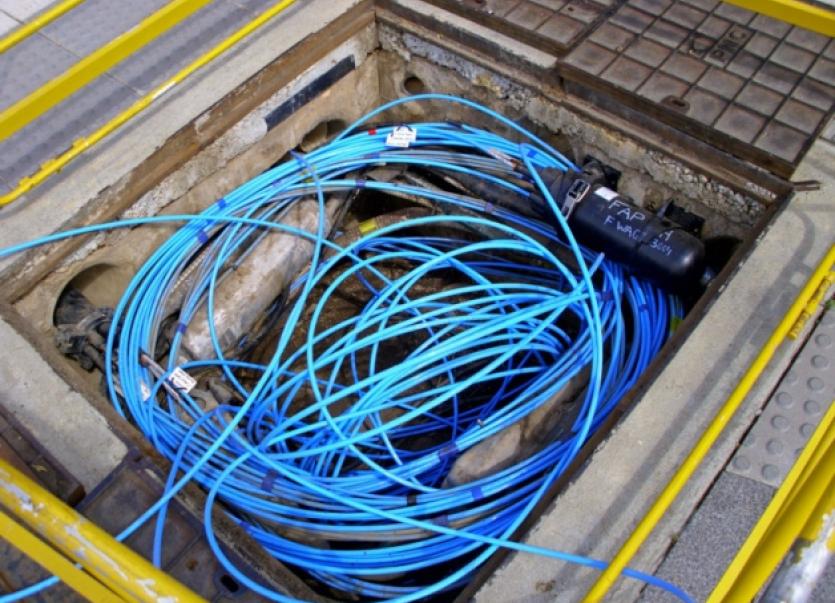 There are concerns about the future of the government's proposals for rural broadband after Eir’s withdrawal from the tendering process for the National Broadband Scheme.
The move came before the anticipated commencement of the state subsidised scheme to bring high-speed broadband to 450,000 homes and businesses in rural Ireland, including Donegal.
Deputy Pat 'the Cope' Gallagher, Leas Cheann Comhairle of the Dáil, said the government's proposals for rural broadband are in tatters and that the writing was on the wall for National Broadband Plan as soon as SIRO deciding to pull out from the tendering process last year.
“We have already witnessed deadlines being moved further out and delayed but today’s announcement puts the entire broadband strategy a tailspin," the Donegal TD said.
“Some people believe that the government has complicated the process so much that it has become next to impossible for potential bidders to respond in a commercially viable way. What is worse the government have allowed the companies to cherry pick the easy broadband connections countrywide leaving the more difficult areas to connect last but, now with the Government depending solely on one bidder they find themselves in a position of considerable weakness”.
Sinn Fein Finance Spokesperson Deputy Pearse Doherty said government plans to connect every home in the state to broadband are now in complete chaos.“EIR’s decision to now remove itself from the process clearly highlights the flawed nature of the Government’s chosen option.“Sinn Féin had warned government consistently early on of the flaws in the whole procurement system it was pursuing yet they chose to ignore our warnings," he said.

“The Government has now lost control and creditability in this process, and there is   fear that the possibility of broadband access in rural Ireland will be pushed out further, including here in Donegal.”

SME said it fears that Eir's withdrawal from the tendering process will delay the scheme to 2023, and will deliver only at a greater and unknown cost.
ISME CEO Neil McDonnell said: "Yesterday's announcement is a blow to the rollout of the National Broadband Plan and raises many questions about the manner in which the Department of Communication (DCCAE) is running the process. Eir's withdrawal will bring unanticipated costs, unacceptable delays and as things stand, makes the bidding process a one-horse-race."
"Our most recent research on broadband services among our members shows that 29% have inadequate broadband services. Yesterday's announcement will prolong this poor level of service. This is unacceptable."
Taoiseach Leo Varadkar said the government sure what the implications of the withdrawal are yet.
“On the plus it may allow us to award the contract early and get on with it. That is dependent on still wanting to get that contract."He added that the government's "overriding objective" is that half a million premises that don't have broadband are connected."We want to start the work and conclude the contract as soon as possible," Varadkar said.