Pringle calls for inclusion of Donegal in National Planning Framework 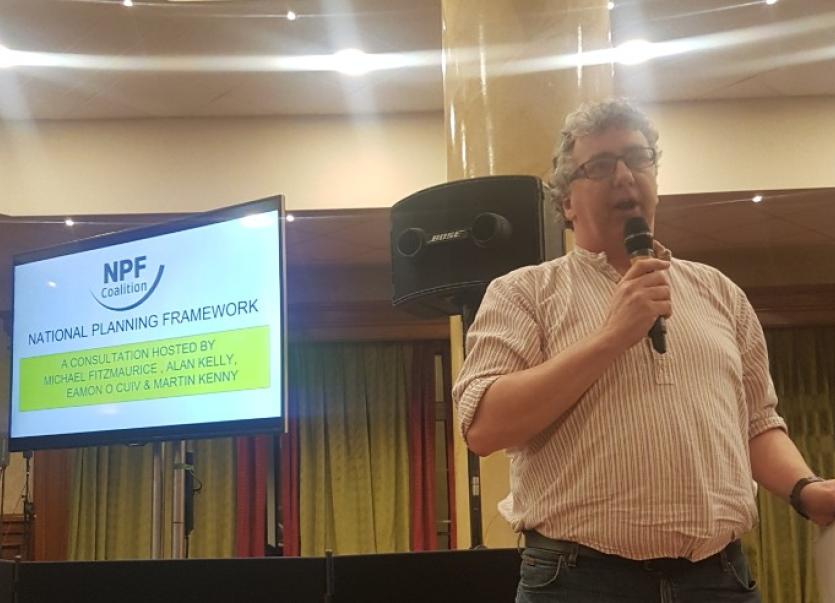 Fears have been expressed that rural Ireland will be “forgotten about” in the National Planning Framework (NPF).

Cross-party rural TDs have highlighted what they see as the exclusion of rural Ireland in the upcoming plan.

Organised by the Coalition Against the National Planning Framework, the meeting in Athlone was attended by in the region of 300 local representatives, business owners, farmers and members of the general public.

Speaking at the event and representing Donegal, Independent TD Thomas Pringle stated that “Donegal is at risk of being forgotten about by an entire generation if the framework goes ahead as expected".

Deputy Pringle also stated that “Donegal won’t get another chance to change things until 2040 when the new Framework ends. That’s an entire generation away so it’s crucial that the interests of Donegal and the North West are urgently heard at this point in time.

“It speaks volumes that Donegal and rural Ireland could be left out of the €115 billion earmarked for this Plan at a time when rural Ireland needs it most and has suffered so much at the hands of the current Government,” says Pringle.

Deputy Pringle also said at the event that “Fine Gael chose to ignore rural Ireland. Its neglect of Donegal and other rural counties was a policy choice and it’s what we can expect so long as they continue to stay in Government. It now has a duty to answer to rural Ireland at a critical time in national planning.”

“Why can’t it be the case that investing in rural Ireland is an investment for the rest of the country including for urban hubs and cities like Dublin? The Government needs to start thinking through this alternative lens” concludes Pringle.