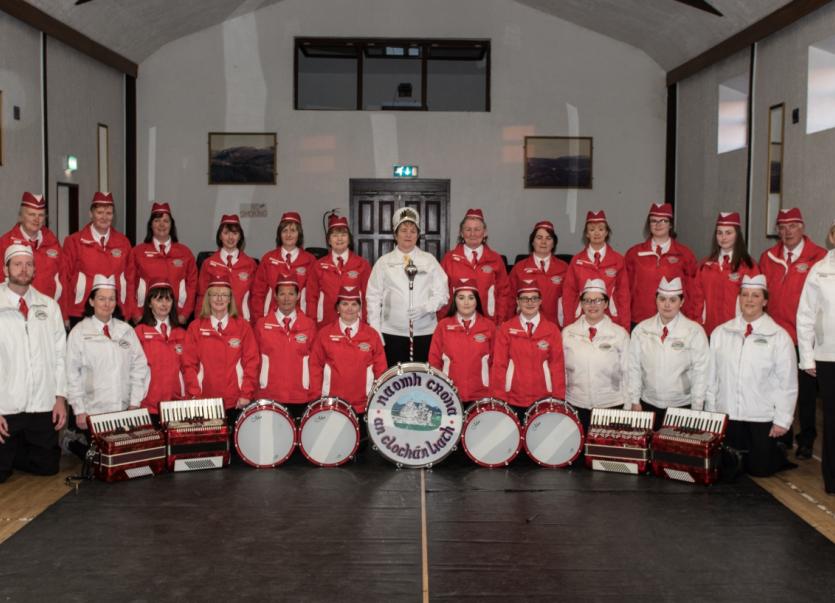 Dungloe Band signed up with a diaspora for their forthcoming trip to New York for St Patrick’s Day.
The band are heading to the Big Apple to march in the St Patrick’s Day Parade in New York and Bayonne.
And to coincide with the visit they have signed with the diaspora linking (Connecting Our Forebearers from the Emerald Isle.
“We are hoping to link up with the Rosses diaspora in Bayonne as part of a programme out there called Connecting Our Forebears from the Emerald Isle,” Frances Boyle, chairperson of the Dungloe Band.
is a programme run to find connections families in Bayonne and New York with their forefathers in Ireland.
“We have supplied with the list of names of the all of the party and the townlands and areas around Dungloe where they come from.
“This list will be used as a registrar for people in Bayonne and New York to check out and to see if there are any family connections.“We are marching in the Bayonne Parade on , the day after St Patrick’s Day and we have a pre and post meet and greet with anyone out there that wants to meet with us.
“Hopefully we will meet and make connections with people out there and make links with people out there.”
The Bayonne Parade is on the day after St Patrick’s Day. On St Patrick’s Day, the Dungloe band on their first trip to New will march down Fifth Avenue in the New York St Patrick’s Parade for the first time.
“It is a first time for the band to visit New York and first time to take part in the parade and it will be a proud moment for members marching up Fifth Avenue.”
The band in New York, on the invite of the Donegal Association, in New York.
The band committee been on a fundraising drive for the past 12 months and have the final few fundraiser’s coming up over the next few weeks.
“The band members are all paying for their own accommodation but we still need funds to cover transport, flights and additional band equipment and uniforms,” chairperson of the band Frances Boyle, told the Democrat.
The first of the last three fundraising table quizzes is in Beady’s Bar, in Dungloe, on Friday night (February 9th).
The band members are also looking forward to participating in the Bayonne parade.
The 46 strong party will spend five days in the US. They fly out on Thursday, March 15th and will return Wednesday, March 21st.