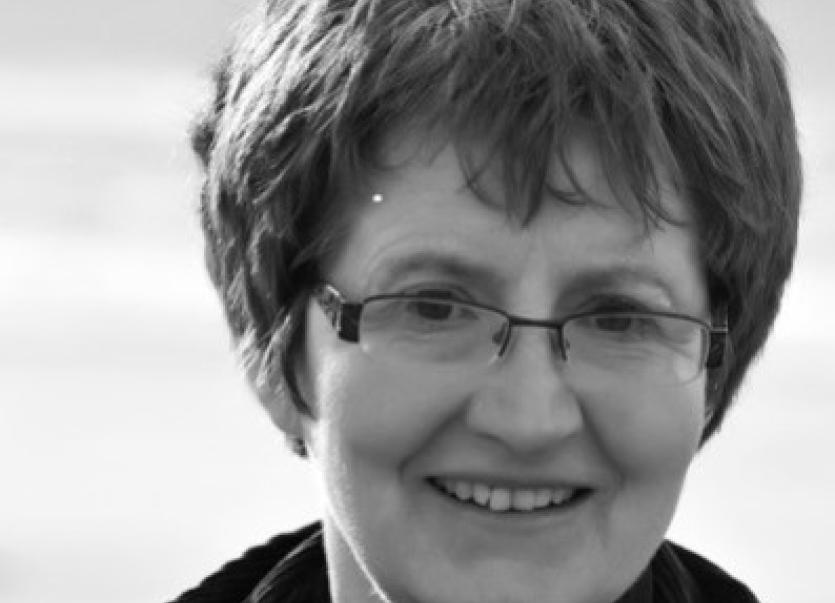 Margo Gorman lives near Laghey, where she and her husband have created their charming garden, ‘Carraig Gorm’.
The garden enjoys stunning sea and mountain views, and from there she runs a highly regarded self-catering business.
Margo is a woman of many talents and interests and has spent a lot of her life working for human rights and equality. She feels that 2018 is the year when everything is coming together for her and she is finally getting to fulfil two lifelong ambitions - to live in Donegal, and to find time for creative writing.
Margo’s first novel called 'Bone and Blood' is based in Berlin. Her husband is from Germany and he works in Berlin. While they were on a visit to the Ravensbrück concentration camp, Margo was surprised to discover that several Irish women had been imprisoned there during World War Two.
The story opens in Berlin (August 2005) with the death of Brigitte’s daughter, Katharina. This crushing loss resurrects Brigitte’s memories of her imprisonment in Ravensbrück and her escape from the camp.
Aisling, who is the granddaughter of Brigitte’s sister, flies to Berlin to represent the Irish side of the family at Katharina’s funeral. In the unusual friendship which develops between them, Brigitte and Aisling begin to explore the connections between past and present, between old and young, between Germany and Ireland.

Her novel led led to Margo being offered a place on an innovative cross-border project ‘XBorders’ last year. The project, developed by the Irish Writers’ Centre (IWC) in conjunction with the Northern Ireland Arts Council, ran seminars and workshops for emerging writers with the aim of inspiring creative and original thinking. The participants come from both the North and South of Ireland.
Although 'Bone and Blood' is Margo’s only published novel, the theme of crossing borders and cultures runs through all her writing. She is presently in the process of writing another novel which is based in Manchester, where Margo lived for a considerable time. In the plot, the young woman explores her grandmother’s connections to Glasgow and the hidden family history in Northern Ireland, around the 1950’s.
Margo has forged connections with other writers and her participation in the Allingham Festival in Ballyshannon, led to her joining the Tír Conaill Writers’ Group, which meets in Donegal town. The group members are all experienced writers and they offer helpful feedback on work in progress. In 2018 she plans to volunteer with the Fighting Words project for school children facilitated by the poet Monica Corish and the chair of Allingham Festival, Tom Sigafoos. The project had its first session in Bundoran library on 29th January.

Copies of Margo’s novel, ‘Bone and Blood’ can be obtained from Four Masters, Donegal Town; Novel Idea, Ballyshannon, The Book Centre, Ballybofey and Little Acorns Bookstore in the Yellow Yard, Derry.
Online or telephone order from www.books.ie or from Amazon. Also on Kindle.