Thousands of runners and walkers expected for Cara Challenge next weekend 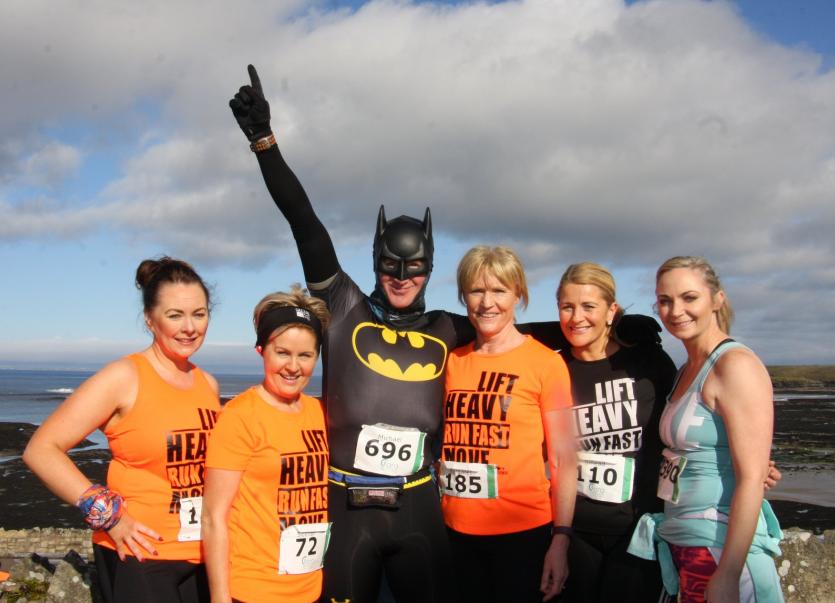 You never know who you'd meet on the Cara run

After weeks of bitterly cold weather and for many, training in Siberian like temperatures the time has now arrived for athletes from all over to country to get out there in Bundoran and break that personal best in the Cara Challenge next weekend.

For many weeks of grinding that tarmac around the North West will reap the benefits as up on 2,500 runners and walkers gather in Bundoran all clad in the much sought after orange shirt and hoodie, for an event that has received great recognition on the national sporting calendar.

The organiser and main sponsor of the event Canice Nicholas of Cara told the Democrat, “Things are really looking great for next weekend - It's hard to believe that we have been in existence now for eight years having started with a couple of hundred diehards.

“Probably the most satisfying  aspect of it is that we have been able to help out so many charities having raised over €100,000 which has benefitted such worthwhile charities like Cycle Against Suicide,  the RNLI, the Special Olympics, the  Marie Keating Foundation, the  North West Hospice, St Vincents de Paul to name a few. The whole thing would  not possible without the support from our sponsors, volunteers that help make the weekend a success.”

Canice added,”We really have become a victim of our own success and this year we have limited the event to 2,500 entries  - there are approximately 150 places left at the moment.

“The event caters and challenges the elite athlete, the club runner, the fit for life/couch to 5k  and the walker

“This year John Travers, 2017 winner, will return and  lead the elite group.  John, who runs with  Donore Harriers made a bit of history last week when he  became the first Irishman to dip under 4 minutes for the Indoor mile in Ireland”

The weekend even commences on Friday next with the 5K Fun Run/Walk and continues on Saturday with both the 10K and 10 mile Run and Walk.

Historically this is the highlight of the weekend having attracted some of the best in the country including some of our Olympians.

Not for the faint hearted, the 21K TT Cycle Race on Sunday morning will really test some of the best  - indeed many have competed in all events over the weekend.

For further information on this not to be missed event click into www.carabundoranchallenge.com