Lui and Ting Wang and their family, settling into life in Donegal 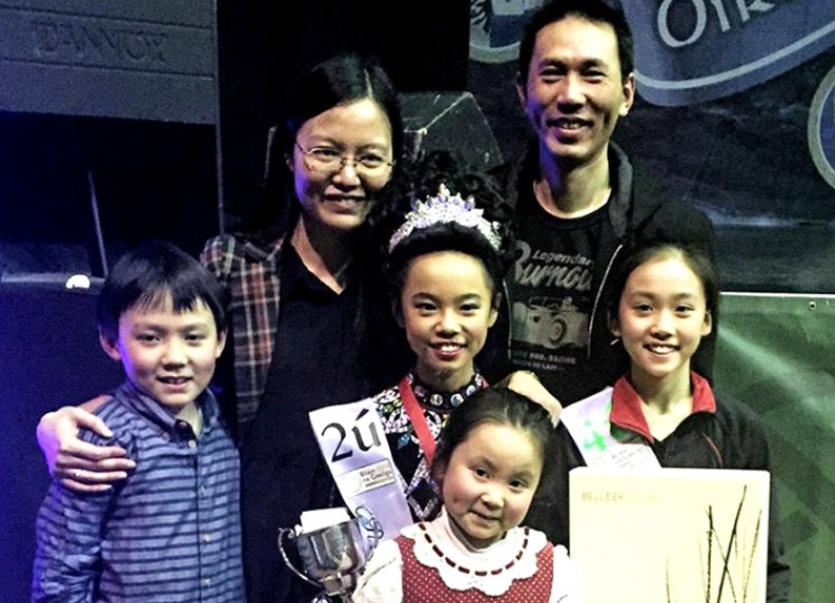 Just two years ago we sat down with Lui and his wife Ting Wang, a Chinese couple who had immigrated to Donegal town 15 years ago and became totally integrated in the local community, making this their permanent home.
To use a well worn phrase, the family had “become more Irish than the Irish themselves” and immersed themselves totally in Irish culture and tradition.
It was at the various performances of Irish dancing around the country at different festivals that the family first came to our attention. From day one it was patently obvious that Lui and Ting’s children would conquer the world of Irish dancing - they had the grace, the commitment, the dedication and the ambition to succeed.
The family’s four children were born, reared and schooled in Donegal and at the World Dancing Championships last month in Killarney, their daughter Ailbhe won Gold and was 2nd overall in a competition of over 160 dancers from all across the globe.
Her younger sister Seoda came 4th overall in her age group and in total the Mc Nelis Cunningham Boyle school from Donegal Town took home 7 cups, including the overall Irish Champion, Gerard Byrne. Both Ailbhe and Seoda have numerous trophies in Ireland, England and Scotland and will represent Ulster at the upcoming world championships in Glasgow this Easter.
However, already their sights are set on the 2019 world championships in South Carolina in the USA. 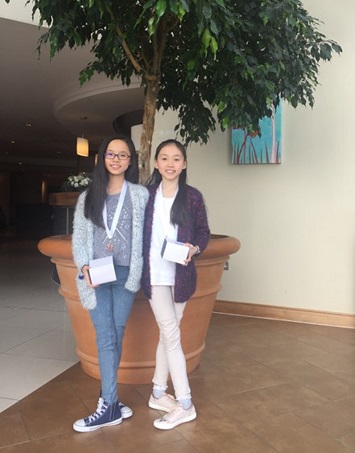 Paula (McNelis) Monaghan told the Democrat, “The first day both girls walked into the Dance school, I realised their mum couldn't speak any English. So I wrote a letter wording it in basic English so that 6 year old Ailbhe could read and translate to her mum. It said that the girls were extremely talented and natural born dancers .
“That was on a Monday - the girls arrived back to the studio for the Wednesday class and the rest is history. That letter is framed and hangs on the hallway of their house.
“They say now it was one of the most important and precious letters they have ever received and provides them with the inspiration to go to the very top.” Paula continued, “Their talent was evident from day one but we didn't realise that when this Chinese family set out to achieve something they give it everything they have .
“The worth ethic is beyond belief. We often say Ailbhe’s leg could be hanging off and we ask are you ok and she will just say “yes” and do it again.
“They train for hours everyday often taking the key of the studio and putting in extra personal practice when class is not on. They are so passionate about Irish dance and their love for it is evident each time they grace the floor.

Irish family
“The dance school has become their Irish family and opened up a whole new world of friends to all the family.” Paula compared the level of training for a world championships as equal to that of a professional athlete, involving travel throughout the world attending championships in England, Scotland and next year USA.
She said, “It is not easy to fund a trip with two daughters but where there’s a will there is a way for this family. To our knowledge there has not been a Chinese World Champion Irish dancer but both girls are genuinely high contenders to take the title.
“They have met the Chinese ambassador at a recent trip to see Riverdance in Dublin where John McColgan invited the two sisters on to the stage and introduced them to the audience and ambassador”
Paula has no shortage of experience herself having danced with Riverdance for many years with her two sisters and Isobel Cunningham. She certainly knows what she is talking about.
“We have a wealth of truly great dancers here in Donegal but I just know it in my bones that these two girls are going to go all the way.
“Their parents Liu and Ting would put us all to shame. They have used beautiful Irish names on all their children and already the other children are dancing and playing instruments.
“I think we will see the day quite soon when the World Dancing trophy will be paraded around the Diamond by these sparkling gems.”