Pat McArt looks at the issues of the week 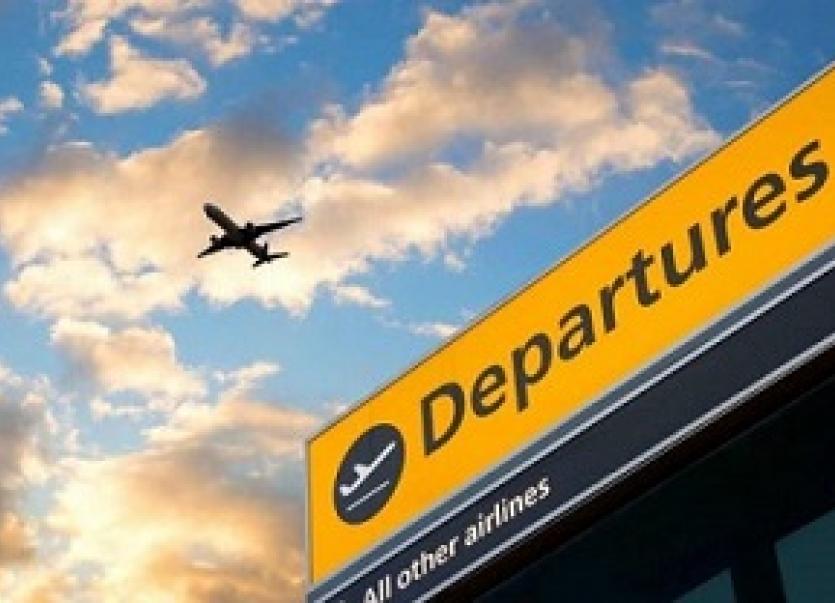 Two small things in the past week made me question whether or not the so called economic recovery is every thing it is cracked up to be, that we are now on the pig's back again.
The first was when I was walking down the Main Street in Letterkenny and met a woman I had last seen when we both were teenagers. We got talking, as one does these days, about our children and grandchildren, and she remarked that her eldest grandchild was 'on one of those schemes' where, she claimed, he hadn't a hope of getting a real job but he was not classified as unemployed. 'And there's hundreds in this town doing the same thing', she raged, adding 'it's a total con.'
And then I was out for a walk on Thursday listening to the Ray D'Arcy Show on RTE radio when they decided to surprise a woman in Carlow for Mother's Day by getting one of her sons to ring her up live on air. Turns out she has four children, two living in America and two in Australia. Does this seem like recovery to you? An entire family gone?
The spin from government is never ending, ministers on about the highest numbers ever in employment and the rest, but the tax take for central government isn't breaking any records so where's the evidence of a jobs bonanza? Is my old friend correct - that the unemployment figures are being massaged by fake schemes?
Call me a cynic but I don't see any evidence of real change out there.

What's in a name?
BBC Newsline interviewed this hospital consultant about a blood condition in one of the North's hospitals the other week and his name was ....wait for it ...Dr. Johnny Cash.
Following that they went straight to a story where a young couple's wedding was almost cancelled because of the snow but thanks to neighbours and friends who provided a tractor, the big day was saved. They interviewed the groom and his name was ....Dean Martin.
Reminds me of the story of two boys in Derry being spoken to years ago by the RUC when they gave their names as Roy Rogers and Spencer Tracey. The cops thought they were taking the piss. They weren't.

Respecting disagreement
You can take whatever side you like on the controversy engendered by Mary McAleese's comments about the Catholic church - the empire of misogyny and all that - but what I take real issue with was the original decision of Irish born US Cardinal Kevin Farrell to deem as 'inappropriate' Mrs McAleese taking part in the 'Voice of the Faithful' conference inside the Vatican. I think that was offensive.
Mary McAleese is the former head of the Irish state. As such she was entitled to be treated with dignity and respect by the church authorities.
They could have made it clear they disagreed with her views - and they would have been entirely within their rights to do so - without compromising their position in any way. But to treat her with such disrespect was insulting to both her and, in an indirect way, us as a people and as a nation. 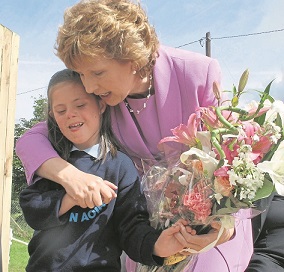 A photo taken in 2007 as President Mary McAleese is presented with flowers by Aoife Ward, Meenaneary N.S. to mark the 50th anniversary of the school. There has been much reaction to the comments of the former president who told a conference in Rome that it is time to bring down the walls of misogyny in the Catholic Church.

The two Irelands
Over the weekend I read a story of a young mother who was arrested and sent to jail for non payment of a television licence. Turned out she was innocent.
Think of all the 'brown envelopes' that passed between business types and those in public life over the past decade. Any of them spend time in jail?
Think of the billions lost by the corrupt actions of bankers and financiers that have cost this State a fortune. How many of them view the world from behind bars?
Look at the corruption of the vulture funds and those who deliberately misled people on tracker mortgages. As a result of their actions suicides in this country reached epidemic proportions as lives and homes were destroyed. Who punished them?
Like I have said a million times, there are two Irelands out there - one for the white collar class, one for the rest of us.

And finally
If you think that sectarianism in these islands is only confined to Northern Ireland you would need to think again. Following Celtic's defeat of Rangers on Sunday last you should have read some of the comments, both in the mainstream and social media.
It might be 2018 and we are, allegedly, living in a modern, globalised world but put it like this - on Sunday evening there was no way I would have risked wearing a Celtic shirt in certain parts of Glasgow.