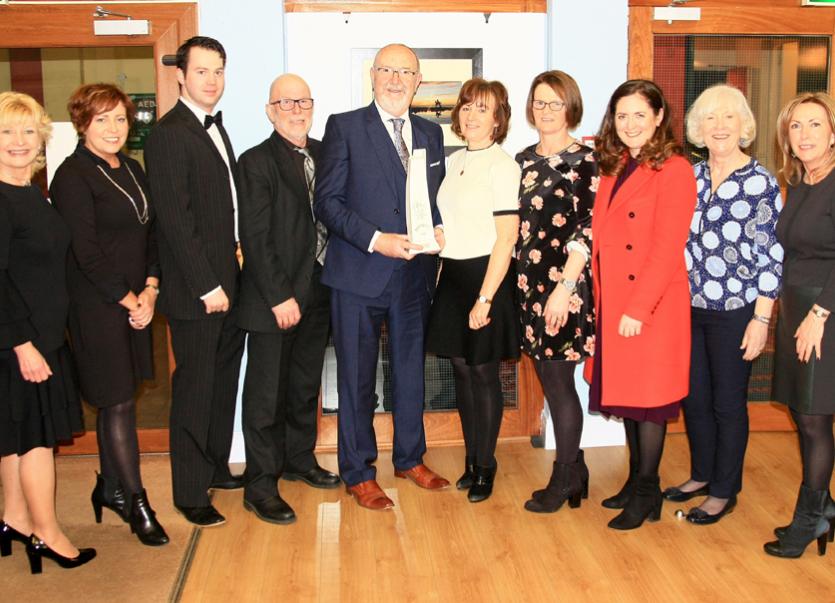 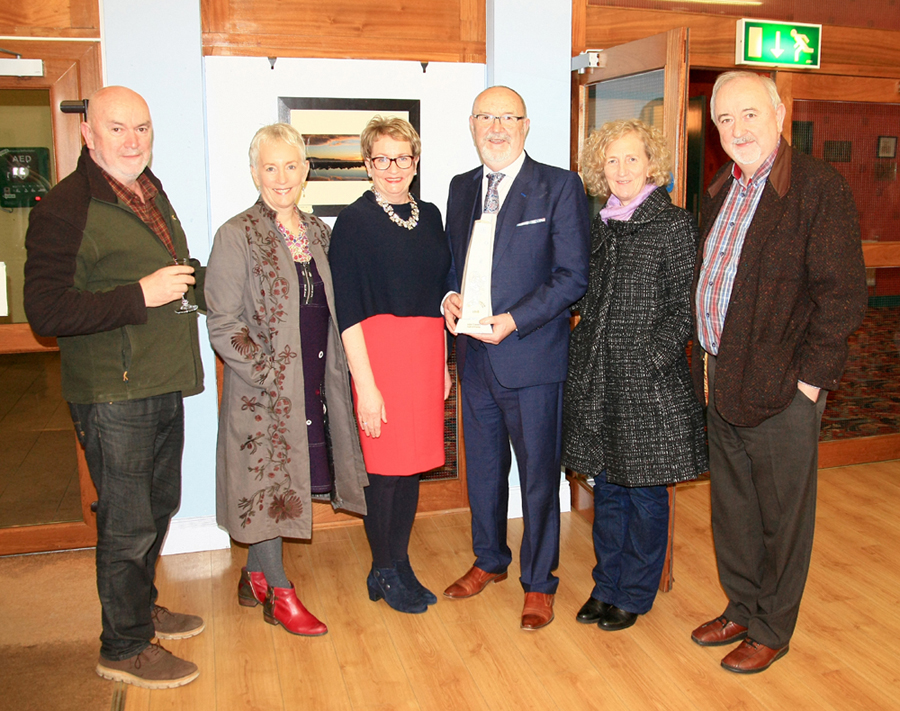 John and Maureen Travers pictured with Anthony and Olive Travers on the left and on the right, Mary and Pauric Travers.

On Saturday night last, the committee of the Ballyshannon Drama Society were delighted to present the coveted Hall of Fame award to their very own festival director, John Travers, on the opening night of the 66th Ballyshannon Drama Festival.
Family, friends and drama aficionados gathered to celebrate the man who has given a great deal of his life to his community through his work in drama and of course the GAA.
Festival chairperson Trish Keane led the tributes with a brief speech which outlined John's life in drama, paying respect also to his wife Maureen and other family members who have supported John's efforts over the years.
John has a life-long history of involvement in the arts and amateur drama, both at a local and a national level.
During the '70s he was the prime mover and organiser for Opportunity Knocks in the town, which was set up initially as a fundraiser for the school, but became a huge outlet for new talent in the north west and further afield.
When the Town Commissioners purchased the Abbey Cinema in 1989 to turn it into the Abbey Arts Centre, John was appointed as one of the original trustees, and served as the secretary on the board for over 20 years.
Drama was very much in the Travers family, as John's father Henry John Travers was secretary for the drama society, a role which John eventually took on, along with the role of festival director in 1972. Since that time, John has missed only one drama festival.
John's roles in the drama society go far beyond administration. He has been the set designer on all the society's in-house and circuit plays, many of which have won awards in festivals around the country.
He has also acted in plays such as 'Thy Will Be Done', 'Mixed Doubles', 'Widow's Paradise' and perhaps most memorably as a corpse in 'Wake in the West'.
When it comes to the circuit productions, which requires a team of actors and crew to travel to many festivals across various counties, John acts as the logistics supervisor, no mean feat when four or five shows come in quick succession.
In 2015, John became the Chairman of the Amateur Drama Council of Ireland (ADCI), the third Ballyshannon man to hold the title, as John's father was chairman from 1967-69, and Patsy Croal held the title in 1958. He has also been the Chairperson of the Ulster of the ADCI, and the treasurer of the Ulster region. 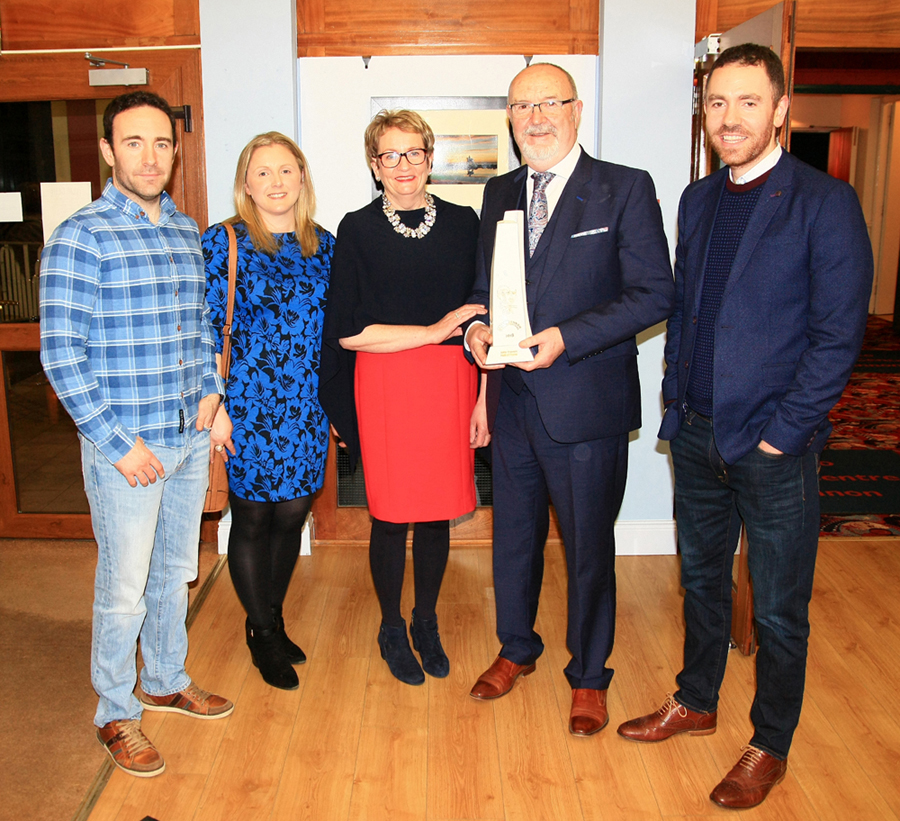 Trish Keane summarised the feelings of the society when she pointed out that "in truth there is no man more deserving of the award, as John's love for drama is paramount, and the Ballyshannon drama festival would not be the festival it is without John Travers.
“His passion, dedication, loyalty, friendship, constant positivity and hard work are deeply appreciated by all within the society, and in the wider drama community".
The Ballyshannon Drama Festival continues in the Abbey Arts Centre with 'Dancing at Lughnasa' at 8.15pm tonight, 'Buried Child' on Friday, 'Conservatory' on Saturday and 'Sylvia' at 7.30pm on Sunday night.
Tickets are available from the Abbey Arts Centre on 0719851375.