Joint trade mission to Philadelphia hailed as a success 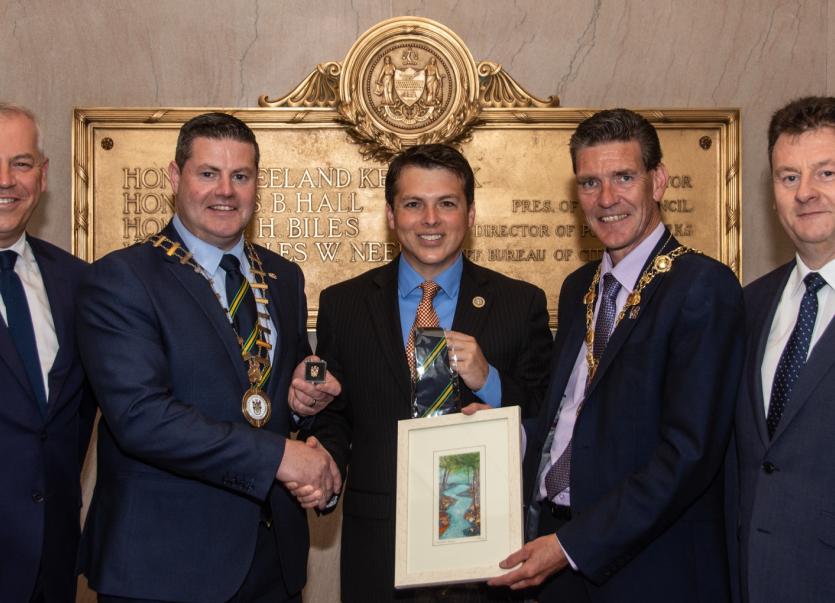 The Cathaoirleach of Donegal County Council and the mayor of Derry City and Strabane District Council along with senior representatives from both councils and a number of companies from the North West have taken part in a trade delegation visit to Philadelphia.
Cathaoirleach Seamus Ó’Domhnaill said the work being done by the two Councils in profiling the North West as a gateway to both the EU and UK markets, and a unique and vibrant place to do business is vitally important. and really effective.
“I had the opportunity to see this collaboration between the two councils at work and the positive reception in the US for the strong proposition we have to offer,” he said.
“The trip was extremely successful as an opportunity to identify new opportunities for foreign direct investment and to promote the growth and development of the North West as well as form new relationships with key stakeholders in the spheres of education, politics and business, and to showcase the unique products and services they have to offer to the right market.”
During the Philadelphia trip, the North West region delegation met Mayor Jim Kenney, Councilman Bobby Heenan and Congressman Brendan Boyle, whose father is from Donegal, and attended a number of functions and events including a Diaspora engagement event and a trade mission event. The group met with the Director of the NI Bureau Norman Houston OBE and the Deputy Irish Consul General Anne McGilicuddy as well as representatives from the economic development units in neighbouring areas of Chester and Montgomery. The delegation also attended a breakfast event at the Irish Immigration Centre of Greater Philadelphia.
In New York, in addition to attending the Clipper Connect Business Series event, the Derry and Strabane delegation met with the British and Deputy Irish Consul General and took part in a City Region of Opportunities event that was attended by business investors and tourism culture, diaspora to showcase the region and up and coming events including the Foyle Maritime Festival and the International Halloween festival.