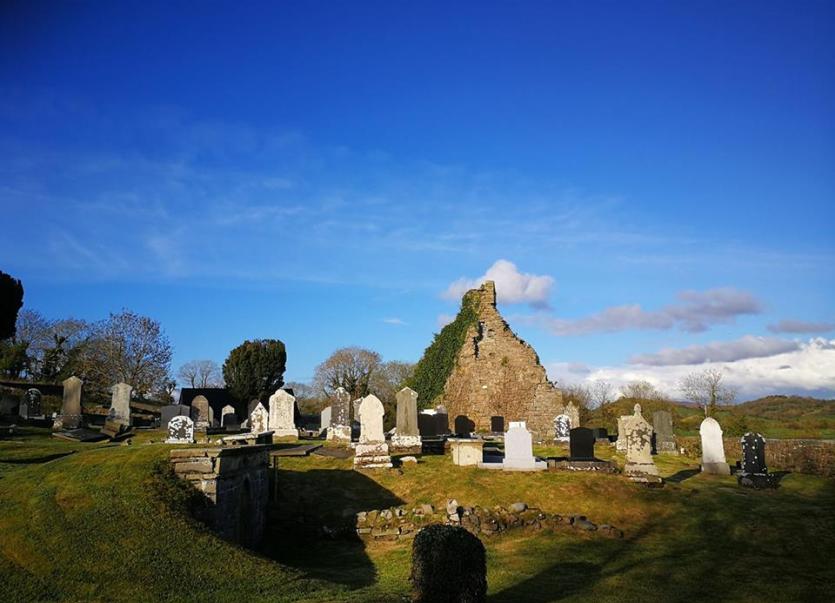 Members of a South Donegal heritage society plan to develop a heritage trail which it is hoped will feature a number of sites of historical significance.
The Drumhome Heritage Society is based in a parish which is rich in history and heritage. Only recently, after preliminary investigations by a credited archaeologist, Drumhome has been marked as an area rich in ancient sites of national importance.
Society members are now aiming, with the support of local people and landowners, to take each site in turn and develop them as part of a local heritage trail for the local people and people of Ireland.
Drumhome Parish is located in the southern part of Ireland's northernmost diocese nestled between the Wild Atlantic Way and the Blue Stack Mountains.
The Northern boundary of the parish runs along a line from the Tullyearl Roundabout outside Donegal Town, down towards the sea, and then onwards over the bog and mountain terrain to Kelly’s Bridge on the Donegal/Tyrone border.
From there the eastern boundary of the parish extends through the mountain lakes of Lough Golagh Mor and Lough Alagh, before crossing the ‘Broad Road’ more widely known as the Pettigo Road continuing over the high moorlands through the Tully Loughs and on to Lough Vearty and the County Bridge on the Fermanagh border.
From this point, the southern boundary of the parish runs in a jagged line to Lough Garvanagh and on to Belalt Strand, where a stream running through the grounds of Rossnowlagh Franciscian Friary separates the parish of Drumhome and Kilbarron.
The western boundary of Drumhome then follows the coastline through Rossnowlagh, Innishfad, Murvagh and Rossilly as far as the northern bank of the Ballykillone River.
Drumhome Heritage Society was set up in 2015 to promote the development of of a number local sites of historical significance.
These sites include the Columban Monastic site at Drumhome, the Monastic site at Ballymagroarty Irish, said to be home of the Ancient Cathach or Battle Book, Ard Fothaidh or McGonigle’s Fort Glasbolie, the pre-historic Cairn at Lurgan, the Neolithic Tomb at Lurgan and The Tomb of St. Assicus at Racoo.
The current Drumholm Heritage Committee is made up of Chairperson - Danny McNamee, Secretary - Pierce Ferriter, Treasurer - Danny Gorman, P.R.O - Nuala Toland and Bernie Quinn, Committee members, William Goodwin, Brian Curristin, John McMurray, Geoffrey McClay, Joseph Gatins, Annie and Gene Doss.
The society has a very exciting and informative Facebook page with lots of interesting stories of each of the local sites.