Documentary about the life of one of Teelin's much loved people 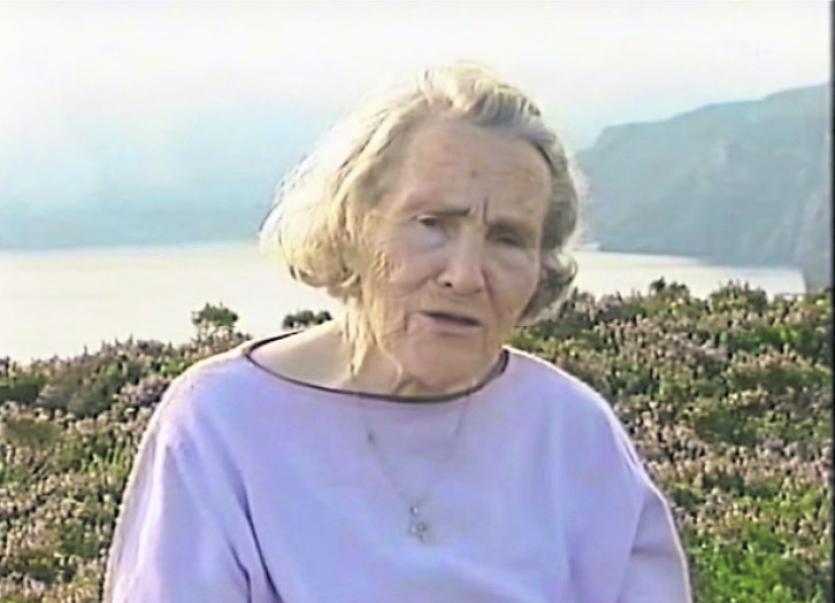 A documentary about the life of one of Teelin's much loved singers and characters will be broadcast by TG4 this month as a tribute to her.
Cití Sheáin Uí Chuinneagáin, 98, sadly passed away on June 3 last.
TG4 will broadcast a documentary on Cití Sheáin on Thursday, July 19 at 7.30pm.
Jimmy Breslin who proposed the documentary to TG4 said that Cití Sheáin had an amazing ability to remember songs and lilt the tunes to traditional Irish tunes.
Mr Breslin recalled speaking to the commissioning editor of TG4 in Scotland and suggesting making the documentary on the talented Teelin lady and was delighted when he and his camera man were given the opportunity.
Cití's talent attracted musicians from across the county and the country to her home to learn traditional Irish tunes.
Many tunes and songs may have been forgotten had it not been for her excellent memory and talent.
She had an excellent repertoire of Gaeilge songs, as well, and she also loved to dance.
A documentary of Cití was broadcast on TG4 as part of the Cogar series which was primarily broadcast fourteen years ago.
“It's fitting that they should tribute such a wonderful character, singer and lilter. She was very humble,” Mr Breslin said.
“TG4 said they wanted to have the programme broadcast as close as they could to her Months Mind Mass,” Mr Breslin said.