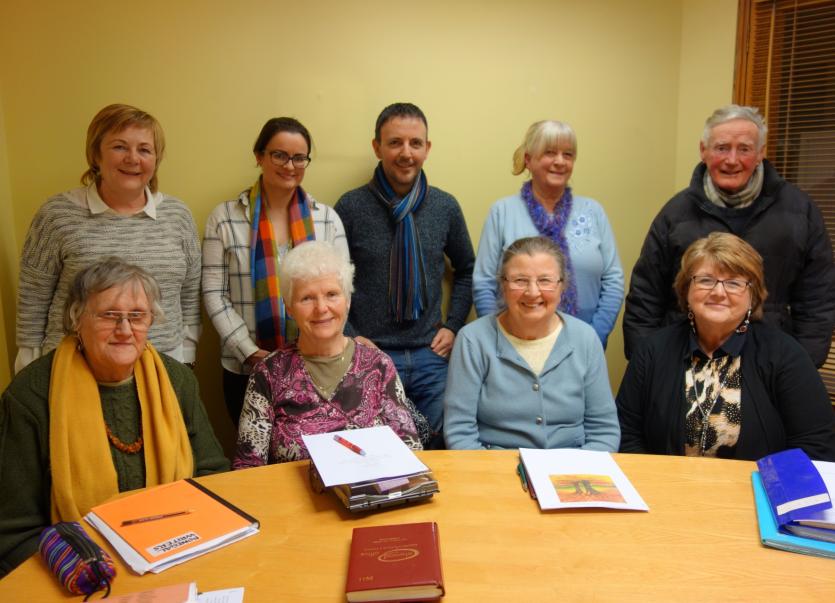 The Pen to Paper Writers' Group

On the opening day of this year's Patrick McGill Summer School in Glenties, at 2pm on Sunday, July 22 in the Highlands Hotel, the Donegal Pen2Paper Writers' Group will launch their first anthology of short stories, poetry, free verse and song lyrics, with artwork by members of the group.
The book will be presented by Lochlann McGill, historian, author and recent President of the Donegal Historical Society.
Pen2Paper was established by Karin White in 2010 with funding from the Peace III programme.
For the first year, journalist Julie Costello was the group's inspiring facilitator and she has returned to be the editor of 'A New Day Dawns'.
In the early stages, there were writers from a wide range of ethnic backgrounds, including asylum seekers, which greatly enhanced the group experience.
Sadly, the asylum seekers were moved to another part of Ireland, but the group has grown and flourished for eight years.
Founder member Margaret O'Kane explains: “We provide an environment which supports everyone to develop writing skills, confidence and knowledge, and we encourage members to use their talents to benefit each other and the larger community.”
Over the years, Pen2Paper has contributed to many charities: the Simon Community, Donegal Town Solas and Cancer Bus, St. Thomas Special Needs Fund, Ride for Change, Brainwave, Hand on Heart, Sassy and Warrington Youth Club.
All proceeds from the launch and book sales will be donated to the Donegal branches of the group's chosen charities: RNLI, Alzheimer's Society and Irish Guide Dogs for the blind and Assistance Dogs for children with autism.
It is hoped the launch will raise awareness of the work of all these charities, especially the latter - there are apparently very few assistance dogs for children with autism in the whole of County Donegal.
Eleven writers between the ages of 30 and 80 have contributed work to 'A New Day Dawns'; they come from Convoy, Stranorlar, Portnoo, Rosbeg, Inver, Mountcharles and Donegal Town.
So the book contains a wide-ranging collection of work, from Margaret O'Kane's entertaining memoirs of her childhood in Glenties to musician Stephen Thomas' insightful poem on corporal punishment:

“A teacher
The privilege of position
Paid to beat children...”

In 'The Wee Soddy', Liz Anderson tells a startling story of the day the Crowbar Brigade arrived in 1864 to evict her ancestors, her grandfather being just six months old.
Geraldine McBrearty, a remarkable young poet from Drumduff writes emotive pieces about her family. From 'Windswept at Narin':

Cathy Anderson, Eilish McBride, the late Peggy Hegarty, Judith Hoad and Anne Leonard have written of nature and childhood.
A thread of political anger is woven through my own contributions.
Finally, Charlie O'Doherty, well-known owner of the fishing tackle shop in Donegal Town, reminds us of Mark Twain's answer to the question: “How does one become a writer?”
Twain said: “Just polish a chair with the seat of your pants.”
The book is dedicated to Peggy Hegarty and film-maker Susan Underwood, two members of Pen2Paper, who have recently died and who are greatly missed by their fellow writers.