IT OCCURS TO ME: Walking through a century of partition 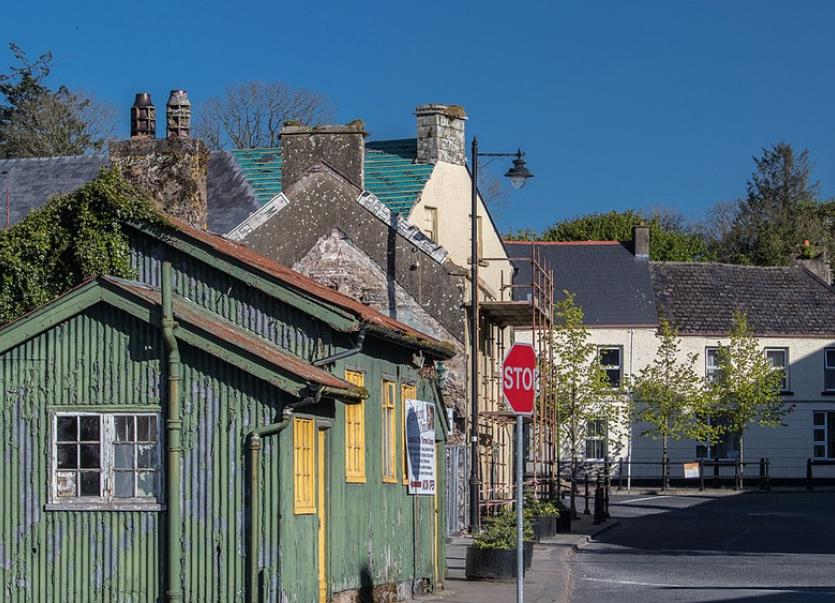 While taking some time out a few weeks ago in Clones prior to the Ulster Final, I showed a flabbergasted friend how a journey from Cavan went in and out of the Republic of Ireland and Northern Ireland at three different junctures.
In his latest publication, ‘Hard Border: Walking Through a Century of Irish Partition’, Clones native, Darach MacDonald walks the 50-mile route along the Ulster Canal, and his experiences will resonate with any of you who live along the frontiers of Fermanagh, Tyrone or Derry.
As he reminds us: “...from my earliest age, I realised we lived in a frontier town, and these steel impediments marked the border even more forcefully than the customs posts on the Newtownbutler Road where motorists had to have their passbooks checked. Yet there were some marginal benefits of living right on the cusp of another jurisdiction, such as the border shops that offered Opal Fruits, Mars bars, Spangles and other confections unavailable on our side.
“We had television for a full decade before RTÉ began broadcasting down south. Initially, it was just BBC, but when UTV went on air from Belfast’s Havelock House on Halloween 1959, we found a use at last for the rotary channel switch on the Murphy TV set.
“By then, we were thoroughly immersed in the culture, current affairs and social mores of Britain and its outpost in the north of Ireland.
“When RTÉ came along, it seemed amateurish, parochial and dated by contrast with Cathy McGowan’s Ready, Steady, Go on UTV, BBC’s Juke Box Jury and, of course, Top of the Pops. We were there for the gritty start of Granada TV’s Coronation Street and TV hosts such as David Frost inured us against Gay Byrne’s Late Late Show from Dublin.”

Culture and attitudes
When he writes that “our border was always hard, because it intruded politically in communities that are almost indistinguishable, differentiating people with the same beliefs and allegiances, history and traditions, culture and attitudes” and that for “... a century, we were branded as different, corralled into political entities not of our choosing and condemned to peripheral neglect”, he could indeed be writing our story.
Darach’s uncle is the famous playwright Eugene McCabe and he recalls how cross-border routes were ‘spiked’, including at Kilrooskey, a Fermanagh townland that loops into Monaghan just north of the town, cutting off his uncle’s farm. I have a memory of him building a small link road through a corner of a field to provide a circuitous escape route to town. He called it the Khyber Pass, in memory of another north-west frontier road. It is still there today, skirting the house where my maternal grandmother settled for her final years between two daughters and their growing families.
The house is divided by the border, and that proud County Clare woman relished my dad’s cheeky observation that she slept ‘with her head in the Free State and her backside in the North’.”
As I drove through Pettigo on my return from Clones, and watched the football celebrations in the town, I thought how apt the head and backside analogy was in our own wee corner.
My own father’s first station was Carrigans in 1947, so I grew up with many hilarious tales of smuggling.
Darach’s experience mirrored his: “Smuggling became a popular wartime pursuit as ordinary folk played off shortages and rationing on one side against plenty and surplus on the other.
“So, for instance, tea poured south and sugar and butter went north. For Dan Kerr, it was a frantic and fun-filled period. As well as working as a young railway porter, he stood on the front line lest Crown forces attempt to invade the poorly armed Free State to prevent Germany from doing so first as a step towards an invasion of Britain.”
Dan recalls: “We all had to do our training. You know, you were called out at night for mock battles and such like. We were fully qualified as soldiers, but we were all just on rations (rather than wages).
“As far as I remember, there was a half-ounce of tea per person and you got brown bread. And other things, like cigarettes, were rationed. You never saw bananas, or fruit, or anything at all like that.”
“So, it was like an Ulster (Gaelic Football) Final coming out of that station, trampling each other to get up the town. And then they’d all come back and you could see them bulging with all the stuff they’d bought hidden inside their coats.
“And when they’d go back on the train to Monaghan, where the customs boarded, all the stuff would be taken off them.
“There used to be more yarns told about what was going on. Like this lady who sat down and the customs man says, ‘You’re very big, what have you got in there?’ and she says, ‘Come back in three months and I’ll tell you’.”
Dan also recalled being put on full alert when British soldiers from Derry strayed across the Donegal border, sparking fears of an imminent incursion!
‘Hard Border’ makes compulsive reading and is published by New Island Books.