IT OCCURS TO ME: A ludicrous situation 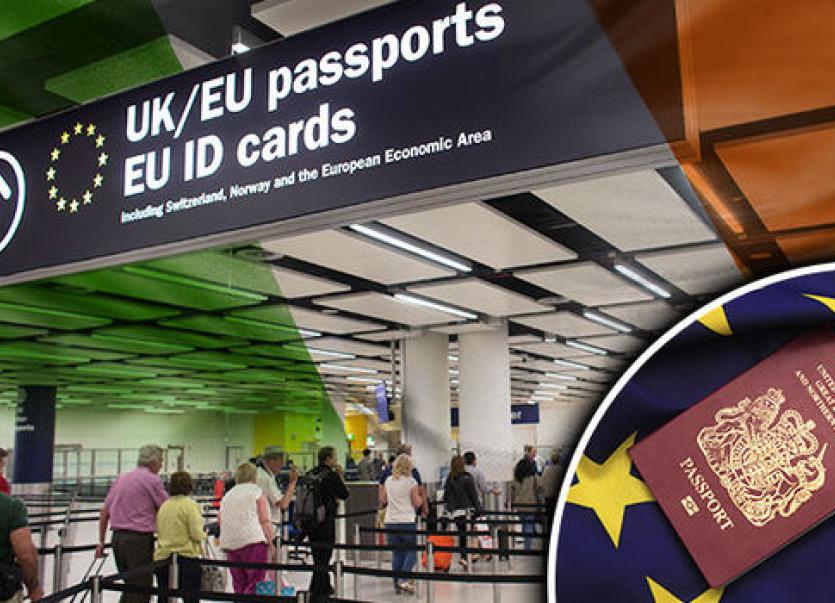 Last week - appropriately on the 12th of July - I reviewed Dr Darach MacDonald’s ‘Hard Border’ book, at the end of which, I thought...no way can we go back to that again.
However, unbeknownst to many of us, there are things happening which give all the indications, that in Dublin at least, there are subliminal preparations being made for Brexit.
In Ballyliffin last week, most locals I spoke to were convinced that the regular blitzing of Inishowen motorists by Customs and Excise is an exercise in cynical forward planning by the authorities.
Whatever about the merits of that argument, here’s something which smacks to me of old regressive frontier chicanery. There’s an outdated piece of immigration legislation – The Control Order 1971 – which prohibits anyone from outside the EU coming to work in the UK from Ireland unless they have a full visa. This affects all categories of immigrants to the UK, but I’m interested in those who are called Tier 5 Entertainers.
Non-Visa nationals are from countries whose citizens are allowed into the UK visa-free for the purposes of tourism only, (countries like Canada, the USA, Australia, New Zealand, Israel, Japan, Taiwan etc.) They do, however, need paperwork in order to come here to work.
Non-visa Nationals can come into the UK to perform on a Tier 5 Certificate of Sponsorship for a period of up to three months without the need to convert their CoS to a visa (now called Entry Clearance). If they are coming in for more than three months then they do need a visa.
So non-visa nationals coming to the UK to perform under Tier 5 rules for less than 3 months do not need anything more than a certificate of sponsorship….except...except...If they are routing through the Republic of Ireland.
They can route through any other EU country with no problem, But not the Irish Republic because of the The Control of Entry Through Ireland Order 1972.
This piece of legislation states that anyone (all nationalities) coming to the UK from Ireland to work in any occupation must have a full visa. (We didn’t join the EU until 1973.)
When the UK government changed the immigration rules in 2008 and moved Tier 5 to an electronic application process via licenced sponsors, they did not change or rescind the Control Order Legislation.
Until very recently the authorities in Dublin and the UKVI (UK Visas and Immigration) were ignoring that aspect of the Control Order for the outdated bit of nonsense that it is.
However, in May 2018, a pair of US musicians in possession of valid Certificates of Sponsorship were turned back from Dublin Airport because they were travelling onward to the UK and did not have full visas. At the request of their agents they were eventually allowed to fly to France rather than being sent all the way back to California. From France they can legitimately enter the UK on their perfectly legal Certificates of Sponsorship.
Most bands have been using work permits – and then CoS since 2008 – as entry documents since 1971. They have never been prevented from entering via Ireland until now.
Basically the Control Order runs contrary to the rest of the UK immigration rules for entertainers, saying you can’t do any work in the UK unless you first obtain a visa before you travel.
This was widely ignored by both the Irish and UK immigration authorities until the latter half of last year. It seems someone queried it, and pushed for a policy ruling. The Home Office Policy department found the Control Order, realised it didn’t allow entertainers to do any work without a visa (regardless of whether they’re carrying a CoS, a permit-free festival invitation or whatever), and told UK border posts to watch out for this, seeing it as a route open to abuse.
Combined with this has been the fact that the Department of Justice seems to have taken over the immigration handling at Dublin Airport (taking over from the Garda).
They are increasingly demanding to see UK paperwork if a band arrives there and is travelling on to the UK. They didn’t used to ask for this. Now they’re speaking to UK ports, and those ports have been told that any work in the UK would be a breach unless they have entry visas, so Ireland is now starting to deny entry to these bands.
If they go to France and enter the UK from there, their CoS or permit-free festival letter magically becomes acceptable again.
As you can imagine, this is a huge cause for concern as many performers, particularly American and Canadian ones, route in through Ireland.
Steve Richard is particularly concerned that the UKVI does not make it clear in the 222 page long sponsor guidance or the wider Immigration rules that entry through Ireland is different to entering from anywhere else.
An American (or any non-visa national) band is suddenly required to get visas if their flights stop off in Dublin, whereas they don’t if they stop off in Paris or anywhere else. Ludicrous!