IT OCCURS TO ME: A proud tongue that should be acknowledged 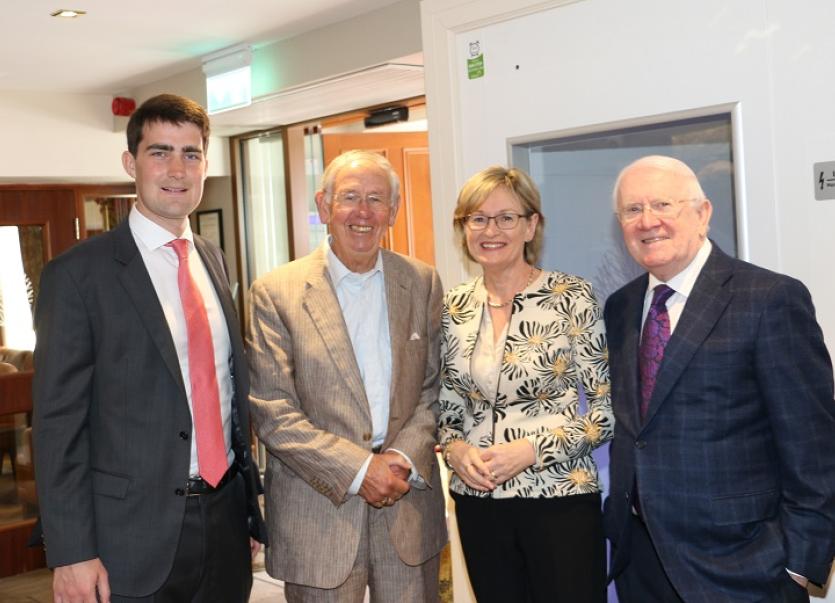 For all the politicians, professors, pundits and prima donnas who will be looking at ‘The Challenges Ahead’ at this week’s Patrick MacGill Summer School, just a reminder that Patrick, after whom the school is named, was a real living, breathing human being, a tremendous writer, radical and compassionate, who was innately tuned in to his own people, as exemplified by this poem, ‘Dedication’. In the midst of Brexit mania and social media self-indulgence, let’s ensure that the poet is always acknowledged….

I speak with a proud tongue of the people who were
And the people who are,
The worthy of Ardara, the Rosses and Inishkeel,
My kindred–
The people of the hills and the dark-haired passes
My neighbours on the lift of the brae,
In the lap of the valley.
To them Sláinte!

I speak of the old men,
The wrinkle-rutted,
Who dodder about foot-weary–
For their day is as the day that has been and is no more–
Who warm their feet by the fire,
And recall memories of the times that are gone;
Who kneel in the lamplight and pray
For the peace that has been theirs–
And who beat one dry-veined hand against another
Even in the sun–
For the coldness of death is on them.

I speak of the old women
Who danced to yesterday’s fiddle
And dance no longer.
They sit in a quiet place and dream
And see visions
Of what is to come,
Of their issue,
Which has blossomed to manhood and womanhood–
And seeing thus
They are happy
For the day that was leaves no regrets,
And peace is theirs
And perfection.

I speak of the strong men
Who shoulder their burdens in the hot day,
Who stand on the market-place
And bargain in loud voices,
Showing their stock to the world.
Straight the glance of their eyes–
Broad-shouldered,
Supple.
Under their feet the holms blossom,
The harvest yields.
Their path is of prosperity.

I speak of the women,
Strong hipped, full-bosomed,
Who drive the cattle to graze at dawn,
Who milk the cows at dusk.
Grace in their homes,
And in the crowded ways
Modest and seemly–
Mother of children!

I speak of the children
Of the many townlands,
Blossoms of the Bogland,
Flowers of the Valley,
Who know not yesterday, nor tomorrow,
And are happy,
The pride of those who have begot them.

And thus it is,
Every and always,
In Ardara, the Rosses and Inishkeel–
Here, as elsewhere,
The Weak, the Strong, and the Blossoming–
And thus my kindred.
To them Sláinte!

TBallyliffin legacy
A guest house proprietor in Ballyliffin had a booking from South Africa last week from a golf fan who was so impressed by what he’d seen on TV that he felt compelled to come to Inishowen.
There are many such stories and it augurs well for the peninsula and greater Donegal. It’s not uncommon to hear people from outside the county say: “Ah, if we had weather like this all the time, sure where else would you want to be!”
I’m probably looking through rose-tinted glasses but I remember many idyllic childhood summers in Carrigart and Downings...days spent playing in the Sandy Hills or around the Atlantic Drive, fun-filled hours on Tramore and Tranarossan beaches and maybe - if you could scrape the price - a wee ice-cream wafer in McBrides or Boyces.
Old photographs of Carrigart show the village chock-a-block with buses and people and undoubtedly, the onset of the Troubles in 1969 had a dual effect. Many nervous English and Scottish tourists stayed away while northerners used it as a bolthole, particularly at weekends. An exception would have been the Glasgow visitors, first and second generation locals who contributed to what we called the ‘Scotch Summer’ in July.

A night to remember
My father had a very vivid memory of the night of August 12th 1969. He received a telephone call in Carrigart Garda Station from RUC Victoria Barracks in Derry, asking him to try to get a message to police personnel on holidays in Downings to return to base immediately as serious rioting had broken out. All leave was cancelled.
Dad rang around and sometime late that night as he looked out our window towards Downings, he saw a stream of car lights, practically flooding the horizon simultaneously, and heading towards Carrigart…”Never to be seen again!”...as he reminded me.
As Yeats reminded us: “All changed, changed utterly, and a Terrible Beauty is born.”

Fr Dinny remembered
Father Dinny McGettigan has retired as PP in Raphoe. For those of us who remember him with great fondness from St Eunan’s College, we wish him health and happiness in his retirement. A genuinely compassionate Christian man, and an inspiration to many.
Hopefully, this will give him more time to see his beloved Glasgow Celtic . . . he worshipped the great Jock Stein . . . many of us held Father Dinny in similar affection.