Work on €900,000 replacement bridge to start on Monday 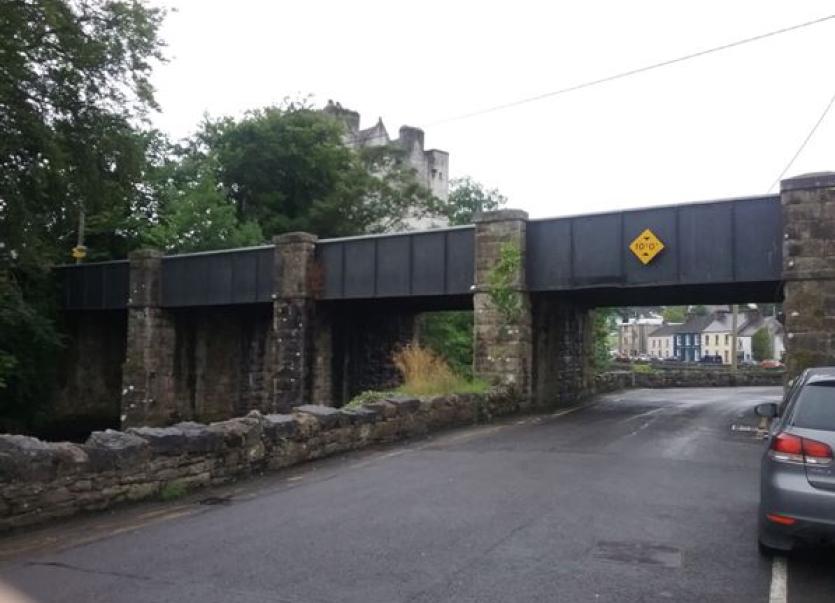 Work on the replacement of Tirchonaill Street Bridge in Donegal is to begin in the coming days.
The project, which will cost o€924,000, is due to begin on Monday.
Road closures and traffic management measures will take effect on Monday, August 27.
Donegal County Council has apologised in advance for any inconvenience the closures may cause and has asked for members of the public to abide by the traffic management measures when implemented so as to help facilitate traffic flows around the works site.
The works will include the demolition of the existing bridge steel superstructure, the cleaning/repair and re-pointing of the existing substructure, works to the existing substructure to allow the construction of the replacement steel and concrete composite bridge superstructure, construction of replica bridge parapets to match the existing steel riveted panels.
The bridge was originally constructed in 1895, and then in 1920, the current structure was constructed. The bridge is a four-span steel bridge spanning the River Eske. Over the years, maintenance works were carried out to the bridge but due to the age of the bridge, the nature of the steel structure the bridge has deteriorated to the extent that it currently has a 3.5-tonne weight restriction and is in much need of a replacement.
Funding for the project was secured after a delegation from the Donegal Municipal District met with Shane Ross, Minister of Transport, Tourism, and Sport in February 2017 to seek specific funding for the much-needed bridge replacement works at Tirchonaill Bridge.
The Council then arranged for Roughan & O’Donovan Consulting Engineers to prepare the necessary tender documents and in early 2018 tenders were received from a number of contractors who were interested in carrying out the works.
Tender assessments were carried out and L & M Keating Ltd is the contractor appointed to carry out the works.
Welcoming the signing of the contract Cathaoirleach of the Donegal MD Micheál Naughton said the project had been lobbied for a long time by his predecessors as chairs of the MD: Tom Conaghan, Niamh Kennedy, and John Campbell.
“All the councillors have worked down through the years to get this and I am delighted that it is going ahead. It will make a huge improvement to Donegal Town. We are delighted it is coming to fruition. We have had great announcements in Donegal Town in the last number of months and this is another one.”
Cllr Tom Conaghan said he was very happy it was going ahead at long last.
“This is a great thing for Donegal Town and the surrounding areas. It only spells good for what is happening in the town.”
Cllr Niamh Kennedy said it was the result of a joint approach on Tirchonaill and Fintra Bridge. “We decided we would go together to meet the minister and I organised that meeting and here we are today with one bridge over the line and another starting. I am delighted.”
Cllr John Campbell said it was great to see the project go ahead.
“Obviously there will be disruption but it will be great to see it go ahead. It will give a chance to model traffic flows that were contained in a traffic report that I had commissioned here at the local area meeting and see how there work and see if we can adjust them. Hopefully, we move on with adjusting the traffic and parking management.”