Chandpur's Indian Restaurant gets the judges' vote yet again 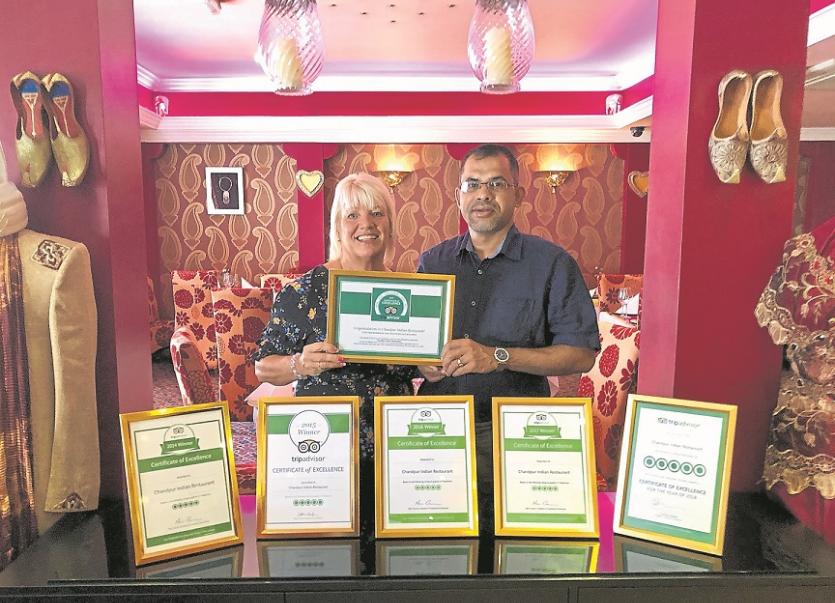 Chandpur's Indian Restaurant in Donegal Town have earned a 5 Star Certificate of Excellence every year since 2014 and this has earned them the unique accolade of earning a place in the Trip Advisor Hall of Fame.
Added to this, they won their eighth gold medal in-a-row from the Taste of Donegal Food Festival last weekend.
The standard is so high, to get a Gold Medal you have to score between 90 and 100 with the Judges, so to achieve this for eight years in-a-row proves how wonderfully consistent the two Chefs are - Rana Miah and Shah Sultan.
Rana entered the Chefs competition in 2010 for the first time and got a silver medal then in 2011, 2012, 2013, 2014 and 2015 he got Gold Medal and also he got Overall Runner Up in 2014 and Overall Champion in 2015. He then handed the task over to his cousin Shah Sultan and he has won a Gold Medal in 2016, 2017, 2018.
“The judges visit the restaurant on the Thursday night every year, the night before the Festival opens," said Susan Miah of Chandpur.

"We are always very busy and our chef has to prepare a special menu for them and also prepare food for the whole restaurant too. So to be able to win Gold every year under this pressure, proves how successful they are."