An extra special first day of term at Letterkenny schools

A little bit of education history at two local schools 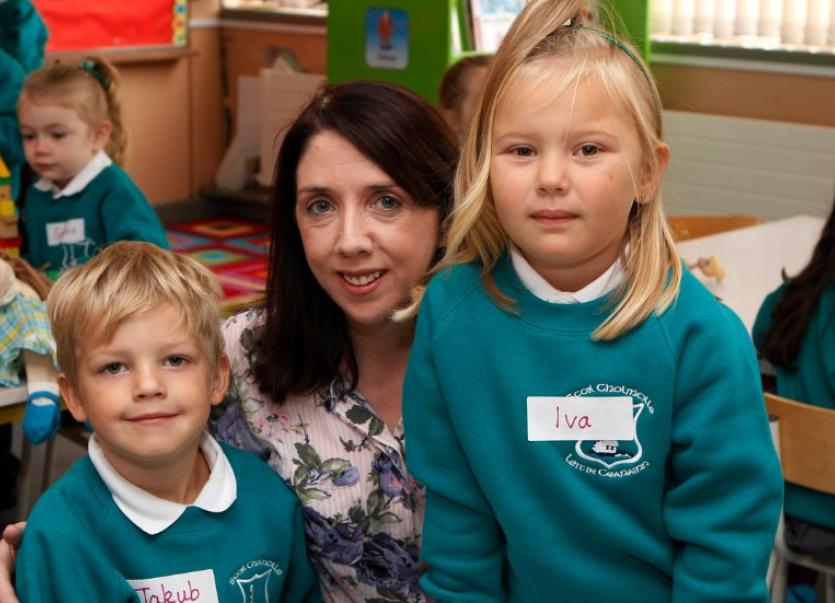 Ms. Mulhall with Jakub and Eva on their first day at Scoil Cholmcille in Letterkenny. Picture: Brian McDaid

For two schools in Letterkenny, the return of their pupils for the new school year proved a little bit more special than normal on Monday morning.

Staff and teachers at both schools yesterday welcomed a new intake of pupils and with many local families availing of the opportunity to send their sons and daughters to the one school.

Scoil Cholmcille marked their move to ‘co-ed’ by planting a beech tree in the school grounds at the end of the last school term, to signify strength and longevity.

The school also unveiled two “buddy benches” to show how much friendship is valued in the school.

School principal, Paraig Cannon said Monday was a special day for everyone involved.

“We have over 40 girls enrolled with us for the year ahead,” he said.

“This year, there are 60 new infants starting with us, and of that total, 30 are girls.”

Mr. Cannon described the first day back to school as “very positive”. “It has brought an injection of life and energy into the school,” he said.

“Monday was the first day in the school’s 124 years that we have girls among the school’s pupils and I hope now that it means we are bringing the school into the 21st century.”

Mr. Cannon said to mark the change, the school have also introduced a new school uniform for the infants classes, and the new uniform will be worn by all pupils from next September.