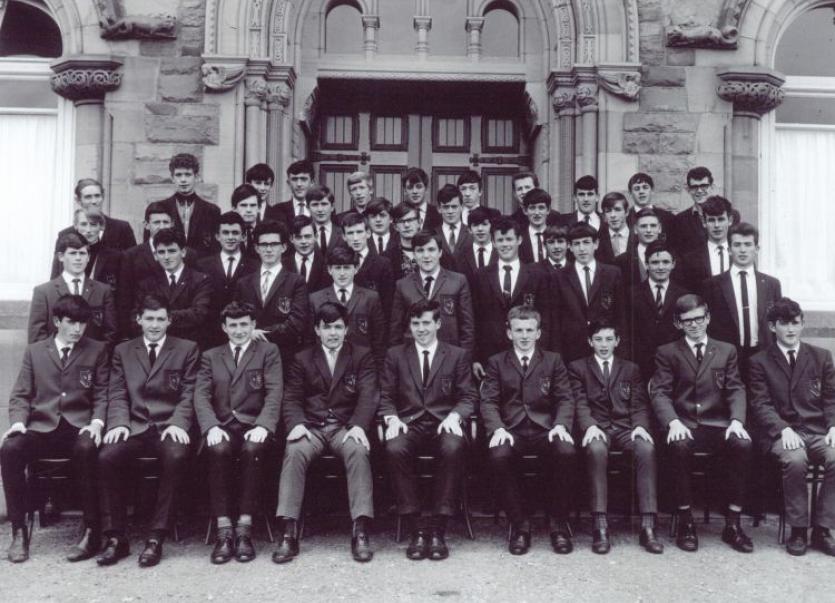 Members of the St. Eunan's College Class of 1968, in a fifth-year photo

As many as 40 students from the class of 1968 at St. Eunan's College will gather in Letterkenny for a 50th anniversary reunion this weekend.
The event is organised by Joe Strain who sat his Leaving Certificate that year.
Joe, originally from Devlinmore, Carrigart, has lived in Louth for many years but still gets back to Donegal regularly.
He first proposed the idea of a 50th anniversary reunion last year and said the response from some of his old school pals has been great.
Former students will meet in Dillon's Hotel in Letterkenny on Friday evening, Sept. 15, at 7.30pm for a welcome gathering.
On Saturday, there are a host of events planned including a tour of St. Eunan's College at 11am which will be followed by a special memorial Mass for departed class mates at the college.
Tours are also being organised to Fanad Lighthouse and Derry's Walls before the reunion reception and dinner at Dillon's Hotel on Saturday evening.