Pramerica Spirit of Community Awards are launched for 2019 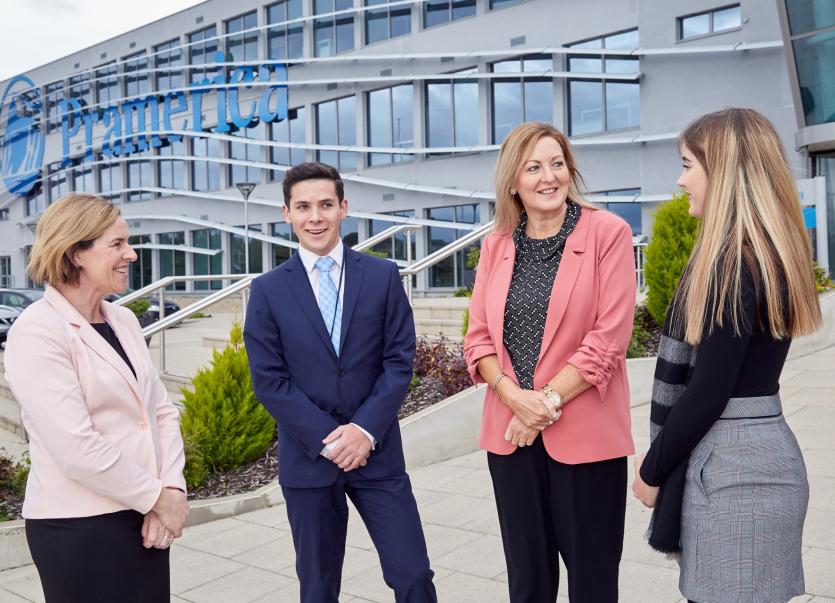 To mark its 12th annual call for applications, the Pramerica Spirit of Community Awards launched #GetOutThere2019, a campaign calling on students, teachers and principals to acknowledge and honour young volunteers.
The closing date for nominations is October 25, and the awards ceremony will take place in the Aviva Stadium, Dublin in March 2019.
The awards launch took place at Pramerica on Tuesday morning. A number of students and teachers from local secondary schools were there for the event.
Students are eligible for the 2019 awards if they are under the age of 16 on January 1, 2019 for the Junior Category or under the age of 19 for the Senior category. A principal can then nominate two students maximum per school.
Niall Gosson, one of two national winners of the 2018 Pramerica Spirit of the Community Awards, was officially named the programme’s 2019 Student Ambassador for his continued commitment to volunteering and involvement in his community.
Niall will now act as the Spirit of the Community student leader throughout the year and promote the power of youth volunteering across the island of Ireland.
To date, it is estimated that over 3000 students, from 300 schools across Ireland, have now been honoured by the Pramerica Spirit of the Community awards for their volunteering.
Andrea McBride, VP of Systems at Pramerica Systems Ireland said the Spirit of Community Awards programme was designed not only to identify great youth volunteers, but also to give schools an effective way to commend deserving young volunteers and to hold them up as role models for other young people.
“At Pramerica we believe an interest in volunteering must be fostered from a young age,” she said.
“That is why we continue to engage with schools across the island of Ireland to encourage them to realise its value to society and praise their students who are already going above and beyond.”
These awards are the only all-Ireland initiative seeking to celebrate and honour second level students for volunteer work.
Niall Gosson, 2019 Student Ambassador said he started out volunteering for Scouting Ireland and Park Run.
“I never imagined I would win a Pramerica Spirit of the Community Award – it’s a real honour,” he said.
“ It meant so much to me that I was put forward by my school and it has really motivated me to continue volunteering.
“I can’t emphasise enough how important it is for young people to get out there and get involved, particularly as we continue to face a growing digital media obsession with students spending hours and hours a day on their phones or tablets shut off from the world and missing out on what is really important.”
For further information about the Awards and how to apply go to www.spirit.pramerica.ie.