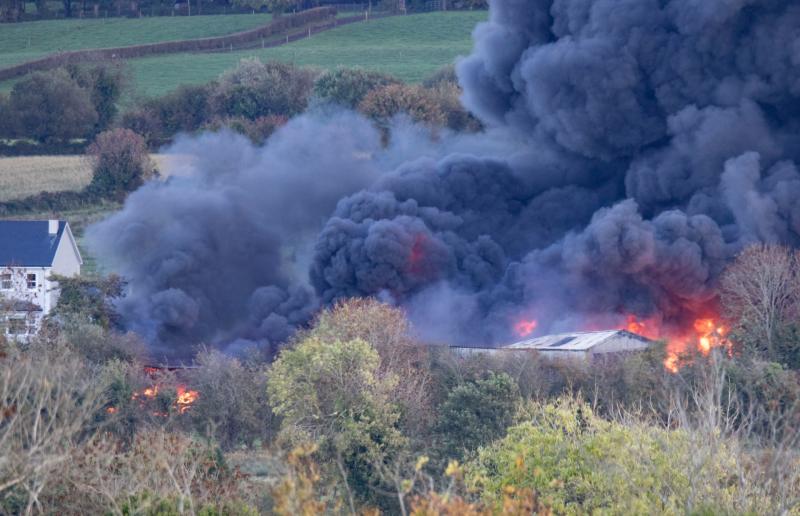 Up to ten fire tenders are reported to be assisting in controlling the huge industrial fire at the JML industrial plant at Rooskey in Convoy.

A source told the Democrat that up to 50 fire fighters, using breathing apparatus, have been at the scene as have other emergency personnel, among them members of An Garda Siochana who are manning diversions on various roads in and around the Convoy area.

The fire, according to gardaí, started today circa 3.30pm and there are diversions on roads in the area. There are no reports of any injuries. In what is a major operation for the Donegal Fire Service, resources have been pulled in from all across the county with fire crews from Buncrana, Glenties, Donegal Town, Stranorlar and Letterkenny (two tenders and one platform) all at the scene.

There's a Northern Ireland element to the effort also, with an NI Fire Service Water Tanker being used as a reservoir for the tenders. It's unconfirmed but there may also be two Northern Ireland fire tenders at the scene. Meanwhile local farmers have also been chipping in, bringing water via tanker to the scene to ensure sufficient water supplies for the tenders and the Water Tanker.

A source told the Democrat a short time ago that the fire was "under control" at the moment, but with plastics among the items on fire at the JML plant, the battle to keep the blaze under control is ongoing.