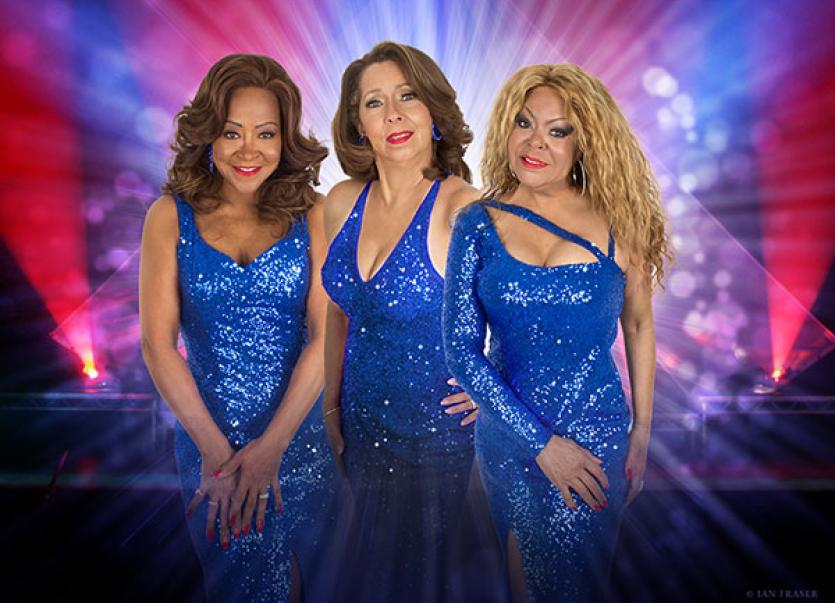 Lots and lots of great stuff on the way in the arts this week.

You Win Again celebrates the music of The BeeGees tonight (Thursday, October 18) at Derry’s Millennium Forum.

Comedian Deirdre O Kane brings her new show A Line Of O Kane to An Grianan, Letterkenny tomorrow (Friday 19) and there’s more comedy as Sarah Millican is at The Millennium Forum for two nights (Friday 19th and Saturday 20th) with her new show Control Enthusiast.

The Balor has two family-friendly shows on Sat 20th – Little Red Riding Hood at 2pm and a family-friendly show by comedy hypnotist Adrian Knight at 7pm (u-12’s go free to this one if accompanied by an adult). Elsewhere on Saturday there’s another Disturbance night of alternative music in No.58, Letterkenny with Jenkinstown, Kessler Effect (launching their new EP) and Delta Fuse, Little John Nee’s Tea Dance is at An Grianan and The Crokey Hill Players open a two night run (Saturday October 20th and Sunday October 21st) of the new Tommy Marren comedy Three Hail Mary’s at The Abbey Centre, Ballyshannon.

The Magic Of Motown comes to The Millennium Forum on Tuesday 23rd while The Best Of The Eagles is there on Wednesday 24th. Also next Wednesday there’s brand new theatre with Certain Dark Things The Story Of William, Who Died at The Balor, Ballybofey.

Mega Music Weekend At The Balor

There’s a mega music October bank holiday weekend in store at The Balor, Ballybofey with three great acts lined up on consecutive nights – The 4 Of Us on Friday 26, Pilgrim Street on Saturday 27 and world-famous Philadelphia soul trio The Three Degrees on Sunday 28.

The 4 Of Us have been a part of Irish music history for over a quarter of a century. Formed and fronted by Newry brothers Brendan and Declan Murphy they shot to fame in 1989 with their debut album Songs for the Tempted which featured the massive hits Mary and Drag My Bad Name Down – songs which remain anthems to this day. They’ve renewed their vows with old fans while making a whole pile of new ones with show-stopping recent headline performances at Feile Classical and, closer to home, Oakfest in Oakfield Park.

Pilgrim Street are a cracking seven-piece outfit who have been really making a name for themselves recently. Their powerhouse live performances are a high energy mix of Bluegrass, Old Time Country and Folk Music fused with traditional folk songs from this side of the Atlantic. A string of acclaimed live appearances – at Electric Picnic and Vicar Street among others - have made the Irish music world sit up and take notice.

They released their raucous sing-a-long feel-good single My Little Blackbird in June with the EP Pilgrim St, produced by Oisin Leech of The Lost Brothers fame, following in September. If you’re a fan of infectious melodies, harmonies and songs delivered with excellent musicianship in a party atmosphere this is definitely a gig for you.

Last but most definitely not least is the bona fide A list superstar gig that is The Three Degrees. Forty years in the music business and guests at a Royal wedding makes you A list in anybody’s book. Well known for their soulful voices, beautiful gowns and fabulous stage shows, The Three Degrees are known the world over for songs like When Will I See You Again, Dirty Ol’ Man and Take Good Care Of Yourself.

This is a rare opportunity to see one of the world’s best known music acts up close and personal in The Balor. Don’t miss out!

The 4 Of Us play The Balor on Friday October 26 at 8pm admission €17. It’s €15 to see Pilgrim Street on Saturday 27 and €25 for The Three Degrees on Sunday 28. Tickets for all the above shows available from The Balor Box Office on 0749131840 or online at www.balorartscentre.com

Tommy Marren and the Crokey Hill Players have enjoyed great success in the past with comedies The Real McCoy and it’s sequel Nobody’s Talking To Me. They’re bringing the laughs back to Donegal this week with Tommy’s new comedy Three Hail Mary’s.

After spending over ten years together in the same nursing home it’s time for Marys O’Tool, O’Neil and O’Brien to bid each other farewell. As it’s their last day in each other’s company they decide to celebrate in style with a load of laughs, some sing songs and perhaps a little tear or too into the bargain.

With a deft blend of comedy and nostalgia Three Hail Mary’s has the look of another hit from the pen of Tommy Marren. It mightn’t get you on your knees praying but it’ll definitely raise a laugh or two.

The Crokey Hill Players present Tommy Marren’s Three Hail Mary’s on Saturday 21 and Sunday 22 October in The Abbey Arts Centre, Ballyshannon at 8pm nightly. Tickets are €22 (€20 concessino) available from The Abbey Centre on 071 985 1375.

You can also see it at An Grianan Theatre, Letterkenny the following week (Friday 26 and Saturday 27 October). Tickets are also €22 and €20 with an additional €1 per ticket booking fee available from An Grianan on 0749120777 or online at www.angrianan.com Women have been traditionally under-represented in stand up comedy (as indeed in many other areas) for reasons that are not immediately apparent – it’s not like men are, by their nature, intrinsically funnier is it? – so it’s good to see two female comedians right at the top of their game gigging in the North West this week.

Sarah Millican brings her new show Control Enthusiast to Derry’s Millennium Forum this weekend. As Sarah is keen to point out she’s a control enthusiast rather than a control freak because she even controls her own insults. But she’s not alone. Do you arrange the nights out? Are you in charge of passports on holiday? If you do then you’re a control freak/enthusiast too!

Whether you’re the organiser of the blind follower (lazy git who lets others do the running for you) you’ll learn about all kinds of things including Rescue Men, farting in hospital pants, what can happen at a bra fitting and the benefits of casserole plus tips on how to talk to shop assistants and the correct way to eat a biscuit.

It’s billed as funny, frank and unapologetically filthy so best leave the kids at home for this one.

Meanwhile Deirdre O Kane brings her new show A Line Of O Kane to An Grianan Theatre, Letterkenny tomorrow night on the back of a whirlwind last 12 months which has seen her pop up everywhere from voicing TV3’s Gogglebox (I’m old fashioned – it’s still TV3 to me. Just like they still play rugby at Landsdowne Road and hold gigs in The Point Depot) to producing Ireland’s largest ever charity comedy show for Comic Relief, hosting the IFTA’s and hitting the dancefloor on RTE’s Dancing With The Stars.

So ubiquitous has she been away from the stand-up circuit – she’s also a very accomplished actor for TV, stage and film - that it’s easy to lose track of the fact that comedy is where her roots are at. A Line Of O Kane sees her at her hilarious best in a straight-talking look at twelve frantic months in the life of this tango-tripping, family-minding, telly-making, house-moving, comedy dynamo.

Sarah Millican’s Control Enthusaist is at Derry’s Millennium Forum this Friday and Saturday (October 20th and 21st) at 8pm nightly. Tickets are £28.50 available from The Forum on 048 7126 4455 or www.millenniumforum.co.uk. Deirdre O Kane’s A Line Of O’Kane is at An Grianan Theatre, Letterkenny on Friday October 19th at 8pm. Tickets are €20 (or 4 for €70) available from An Grianan on 0749120777 or book online at www.angrianan.com

The Story Of William, Who Dies

Certain Dark Things have earned a reputation for producing quality new work combining physical theatre and poetic language – a reputation that will only be enhanced by their latest production written by Belfast born Stephen McCabe. It tells the story

of William (the clue is in the title) a young aspiring Irish artist living in 1890’s London. Haunted by illness, William’s only escape is through the worlds he creates in his art. But within the lingering smog that hangs constant over the growing city, he finds himself consumed by darkness.

It’s an atmospheric, captivating piece which shines a light on the power of art to illuminate the hum-drum of everyday life.

Certain Dark Things present The Story of William, Who Died next Wednesday October 24 in The Balor, Ballybofey at 8pm. Tickets are €12 (€10 concession) available from The Balor Box Office on 0749131840 or online at www.balorartscentre.com One of the successes of this years Earagail Arts Festival was Little John Nee’s Tea Dance performed by the Tea Dance Triode consisting of John, Jeremy Howard and Fionn Robinson.

It’s Little John Nee at his madcap story-telling, tune playing best and it’s in An Grianan theatre, Letterkenny this Saturday night at 8pm. Tickets are €15 (€12 concession) available from An Grianan on 0749120777 or online at www.angrianan.com