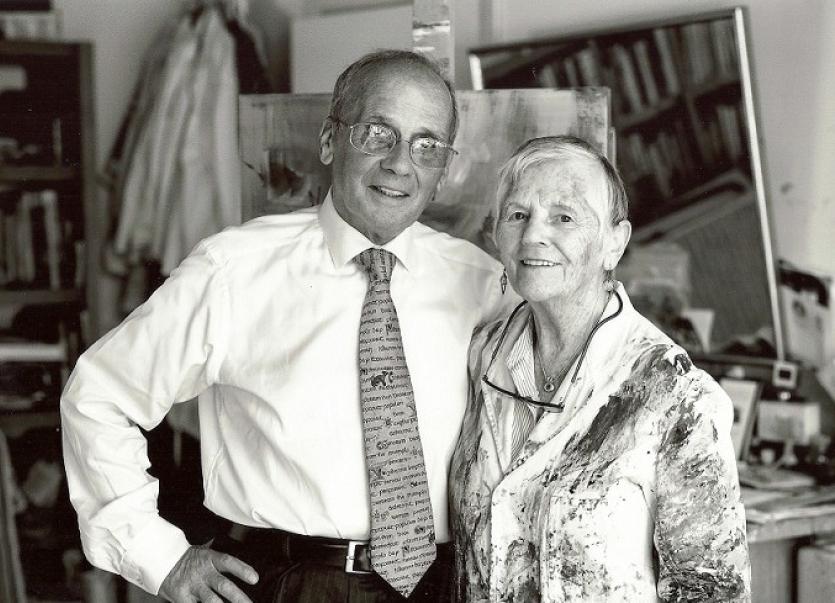 After WW2 the “Bundoran Express” train left Dublin at 8.45am and, with a two-minute stop at Drogheda, arrived in Dundalk at 9.58.
Away again at 10.05am, the train made one stop before Clones, stayed there from 11.14 to 11.37am and then ran non-stop to Pettigo to arrive at 12.52pm.
As Lough Derg pilgrimage traffic was now developing, the train did not get away until 1.02pm and then ran non-stop to Ballyshannon where it waited from 1.32 to 1.40pm, finally getting to Bundoran at 1.50pm.
As a young girl in Aughnahoo, Pettigo, Anna Marie Moss, loved looking out her farmhouse window as the trains went by. By the age of seven, she was travelling by the train to the bank in Ballyshannon, carrying a money belt for her father, who was a cattle dealer.
“It was an idyllic childhood, but the farmwork was tough,” she recalled
“God bless my mother, she always brought pencils and jotters to me and encouraged my drawing from an early age. She saw my artistic bent and I loved sketching men and boats on the Erne.”
In time, her encouragement and inspiration would equally be the catalyst for her son, Niall Leavy, to achieve international fame as an artist, like his mother before him.
Ironically, it was when she was pregnant with Niall, her firstborn, that the smell of turpentine nauseated her, and made her switch from oils to watercolours, She has never looked back.
I sat with her and her husband, retired psychiatrist Olly Leavy, in their home in Mullingar (a few doors up from good friend and neighbour Fionn Gallagher, about whom I wrote last week) and looking back is what we did in great measure.
While at Louis Convent in Monaghan, she won a scholarship to the National College of Art in Dublin, and off she headed with fellow artist, Mary McCloy from Bundoran.

Anna Marie and Olly with the younger half of their grandchildren

After graduation, she worked with a large firm of architects, and was one of the team involved in designing Galway Cathedral. She continued studying at night and while in Dublin, met Olly who was studying medicine.
A native of Dundalk, Olly played rugby for UCD and latterly Mullingar. Indeed, many football fans may also remember Anna Marie’s brother, Joe Moss, who played for Sean McCumhaill’s.
When Olly qualified, they got married and moved to Dumfries in Scotland where he trained as a Psychiatrist in Crichton Royal Hospital. During their four years there, she taught art, joined various arts group.
They loved Scotland but wanted to bring the children up in Ireland. They moved to Downpatrick in 1968, where Anna Marie got involved in local art again and was a founder member of the Downpatrick Art Group.
In 1971, Olly was appointed as a psychiatrist in St. Loman’s in Mullingar, having had one year in Dublin, and in no time, Anna Marie was forging ahead with her busy arts career.
She and a number of friends founded Art Enterprises, a very innovative group who facilitated week-end painting courses in Mullingar and the surrounding counties.
Well known and experienced Irish and foreign artists including Anna Marie herself, led these extremely popular courses at the beautiful Belvedere House on the shores of Lough Ennell. One of her star pupils was President Patrick Hillery, whose limousine waited outside as he practised his painting in the house!
She also actively promoted watercolour as a medium by teaching privately and through Adult Education Programmes.
Her solo exhibitions have included The Municipal Gallery in the Cultural Centre, Fukui, and Saiwai Gallery Kawasaki, both in Japan. As a result some 21 Japanese artists came to Mullingar and one of Olly’s abiding memories as he drove them around was their excitement at seeing a pony and trap.
“John Wayne! John Wayne!” they shouted, and Olly quickly realised that they had seen ‘The Quiet Man’.
Anna Marie has also had successful exhibitions with the Royal Hibernian Academy and the Water Colour Society of Ireland as well as solo exhibitions in the renowned Kenny's Gallery in Galway, and many others throughout the country.
Internationally, she also has worked with artists in England, Scotland and Canada.
She showed me around her studio and in particular her ‘coats of paint’ as she refers to her once white garments, six in all, one for each of her children when she passes on. Sadly, their 10-year son Kieran was knocked off his bicycle by a lorry and killed in 1978.
The Leavys live in Ballagh (An Bealach) Mullingar.
And as Anna Marie looks forward to her 80th birthday early next year, she acknowledges the incredible ‘bealach’ which has seen ‘the wee cutty’ from Aughnahoo go from sketching with pencil near her beloved Erne to being one of the greatest watercolourists, Donegal - indeed Ireland - has ever produced. 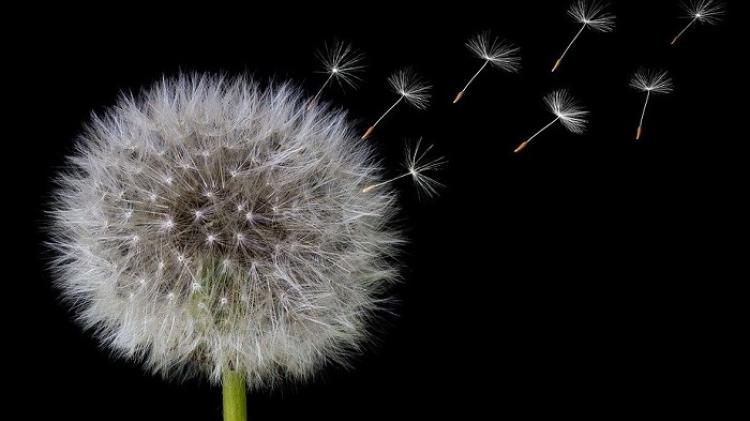