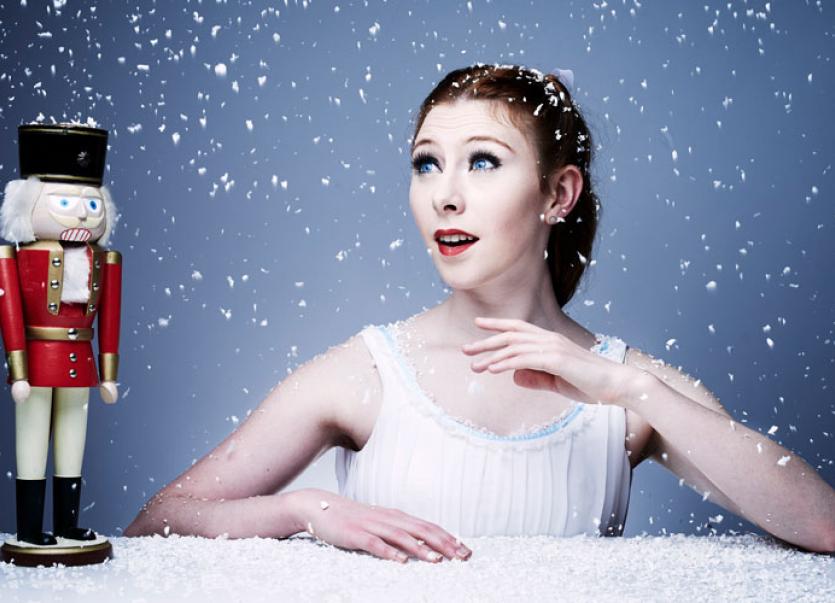 Ballet Ireland present The Nutcracker in An Grianán Theatre

Madagascar The Musical and A Night In November are both in mid run at The Millennium Forum and The Playhouse in Derry respectively, both shows coming to an end this Saturday. Elsewhere tonight, The Mulligan Brothers are at The Balor, Ballybofey while Mike Denver plays The Alley in Strabane. Conal Gallen’s Off Your Trolley returns to The Balor, Ballybofey tomorrow night, Friday, November 9.

Goats Don’t Shave play An Grianán Theatre, Letterkenny this Saturday, November 10. On Wednesday The Playhouse in Derry presents a live screening of the Royal Shakespeare Company’s Troilus and Cressida.

Donegal folk rockers Goats Don’t Shave return to An Grianán Theatre, Letterkenny this weekend. There’s only a handful of bands that can use the term legendary without being accused of hyperbole but Pat Gallagher & Co. are one of Donegals genuinely iconic acts.

Almost 30 years on (Las Vegas in the) Hills of Donegal is still instantly recognisable and their biggest hit by far but it’s just one of an impressive catalogue of songs – the likes of The Evictions, The Little King and Turfman Blues proving there’s far more than one string to the Goat’s bow.

Goats Don’t Shave play An Grianán Theatre, Letterkenny this Saturday, November 10 at 8pm. Tickets are €20 or 4 for €70 available from An Grianan on 0749120777 or online at atwww.angrianan.com Off Your Trolley Again Conal Gallen’s new comedy play Off Your Trolley returns to The Balor, this Friday.

The play, written by Conal and his son Rory, opened it’s Irish tour with two nights in The Balor in September and such was the response it received that a return was a no-brainer. Tickets are €25 available from The Balor Box Office on 0749131840 or at www.balorartscentre.com.

A trio of fantastic cultural events coming up in Letterkenny

There’s a trio of high brow cultural events in Letterkenny this coming week with ballet and opera at An Grianán Theatre and a classical music concert in The Regional Cultural Centre.
Ballet Ireland visit An Grianán in Letterkenny tomorrow night, Friday, November 9, as part of a nationwide tour of The Nutcracker, one of the world’s favourite ballets.
This Irish production of the Christmas classic performed by an international cast of world-class dancers will appeal to audiences of all ages.
With fairy tale magic, Tchaikovsky’s famous score, and beautiful costumes, The Nutcracker’s tale of wondrous adventure will have you longing, obscenely early, for Christmas.
Also on Friday Russian violinist Yury Revich and German cellist Benedict Kloeckner perform in The Regional Cultural Centre.
It’s unfortunate that this clashes with Ballet Ireland at An Grianán as both shows are bound to have some crossover in audience appeal.
Yury Revich made his debut at Carnegie Hall in 2009 and since then has performed in many of the world’s most prestigious concert halls.
He’s a winner of multiple awards including Young Artist of the Year at the International Classical Music Awards in 2015.
He’s joined by Benedict Kloeckner – one of Germany’s most acclaimed young cellists – who has performed as a soloist in venues such as Berlin’s Philharmoniker, the Barbican Centre and Carnegie Hall. Donegal’s North West Opera present a concert featuring a mixture of hits from Broadway and West End musicals and opera favourites at Án Grianán theatre on November 14 and 15. It promises to be a nostalgic journey from wartime standards such as Glenn Miller and the Andrews Sisters to Broadway greats from Oklahoma, South Pacific, Fiddler on the Roof topped off with glorious football specials like You’ll Never Walk Alone and Nessun Dorma.

The annual St Columba’s College, Stranorlar school musical at The Balor, Ballybofey is just around the corner. This will be the 25th year of what now firmly qualifies as a tradition and St Columba’s mark it by returning to where it all began.
Grease - the classic musical about two love-struck teenagers – was St Columba’s very first school musical back in 1994. Now, the class of 2019 bring it back to the Balor stage with a bang!
I’m assuming that just about everybody is familiar with the show from the famous ‘70’s movie starring John Travolta and Olivia Newton John.

High schoolers Danny and Sandy are reunited after a summer romance when she transfers to his high school. Their relationship hits a speed bump as school gangs the T-Birds and the Pink Ladies come between them.
Directed by Caroline Bell - who’s been responsible for many recent St Columba’s musicals and the recent Balor political panto Robin B’Stard & The Water Thieves - the classic show features some of the most popular and instantly recognisable numbers in musical theatre including, Summer Nights, Greased Lightnin’ and Hopelessly Devoted To You.
The show opens next Tuesday, November 13 and runs at 8pm nightly until Saturday 17 at The Balor, Ballybofey.
Tickets are €15 for adults, €10 for students with a €40 Family of four ticket also available. For bookings and more info contact The Balor Box Office on 0749131840 or go online to www.balorartscentre.com.