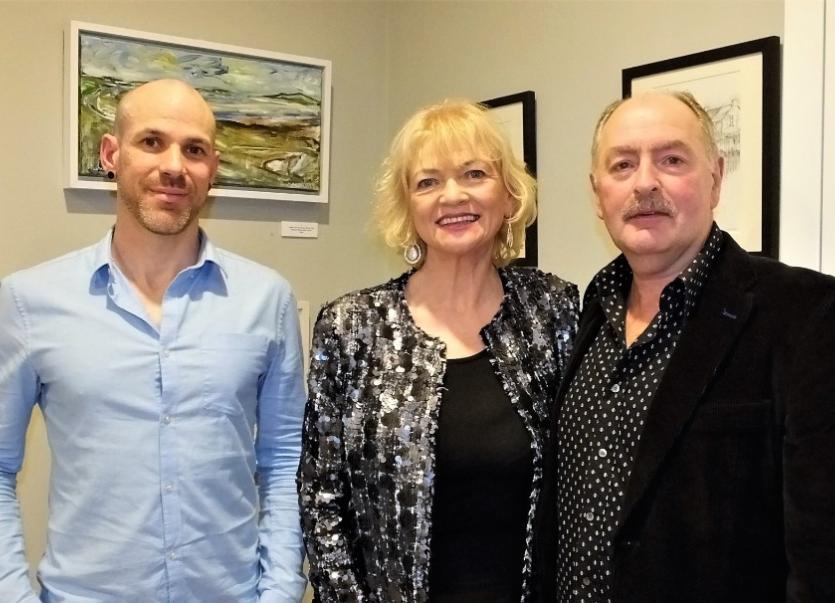 Gaoth Dobhair born Karol Mac Gairbheith, an Architectural Technologist who has recently returned home from London, has embarked on a newfound passion for painting.
He started to paint the landscape of his native parish viewing the sites through different eyes and appreciation.
Karol of Middletown, Derrybeg had a new exhibition of his work officially opened in Amharclann Ghaoth Dobhair last Saturday night.
This exhibition is a body of work exploring the beauty of his hidden landscape in his native parish. He has 18 of his works in this latest exhibition which runs until the end of December. Karol’s exhibition was officially launched by Áine Ní Churráin of RTÉ Raidio na Gaeltachta.
She described Karol as a very talented artist with a great diverse in all the pictures on display.
She said he decided to attend Rosses Community School, where his dad Séamus Phaidí Rosie taught, rather than Pobal Scoil Ghaoth Dobhair for his second level education because art was a subject there under the tutorage of teacher, Mary Toland.
She said the parish of Gaoth Dobhair is well known for its hidden landscape which widely varies in summer and winter. She said Karol is gifted in capturing this change very well.
She said Gola Island is very close to his heart and he has captured lovely images of uninhabited homesteads there.
Áine said it was nice to see Karol return home after spending a number of years working in London and doing what is clearly very dear to his heart. One of the paintings, ‘A view of Middletown’, part of the exhibition