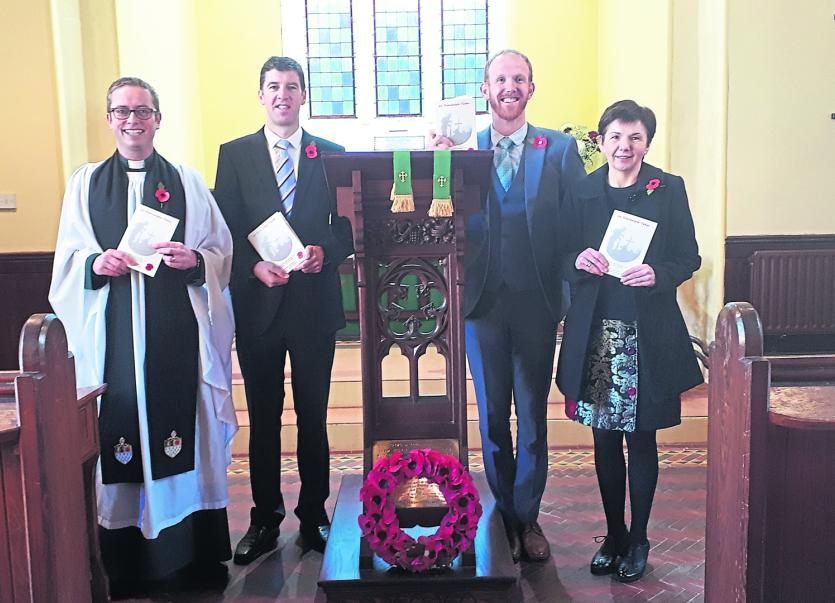 Last Sunday, on the 100th anniversary of the ending of the First World War, a new book ‘We Remember Them’ was launched in Donegal Town telling the stories of 13 men from the local area who died in the war.
The men were from the Church of Ireland parishes of Donegal, Killymard, Lough Eske and Laghey.
The book has been compiled as a result of painstaking historical research.
This is the first time that the stories of these men have been brought together in one book which is fittingly titled 'We Remember Them.'
Rector of the Donegal Group of Parishes, Archdeacon David Huss spoke about the book on Sunday, as it was being launched as part of the services commemorating 100 years since the armistice.
Many people gathered at the event which commemorates people from across the region.
He said: “This book is a way of keeping alive the memories of these people, whose names are on our memorial plaques but whose lives, 100 years later, are almost unknown.”
He said that this book offers people a valuable insight into the lives of people at that exceptional period in time.
The book will be of great historical value to the people of the area and surrounding regions. The book will also be of educational value for younger generations and those to come.
“These were ordinary people in an extraordinary time,” Archdeacon Huss told those who gathered for the occasion on Sunday.
Those who gathered for the occasion enjoyed it immensely.
The book is illustrated with wonderful photographs throughout which illustrates a period in time which is being recalled across the nation and further afield at this moment in time.
Archdeacon Huss paid tribute to the book's author, Louise Bustard, and to all those who helped with research, notably William Goodwin and David Perry.
Mammoth work was carried out in the compilation of the book.
Copies of 'We Remember Them' are available for €5 from the Mustard Seed, New Row.
You can also inquire about the book by contacting Archdeacon David Huss, the Rectory, Donegal Town on 074 97 21075.
You can also obtain a book by ringing 074 97 21075.