IT OCCURS TO ME: From paradise to hell 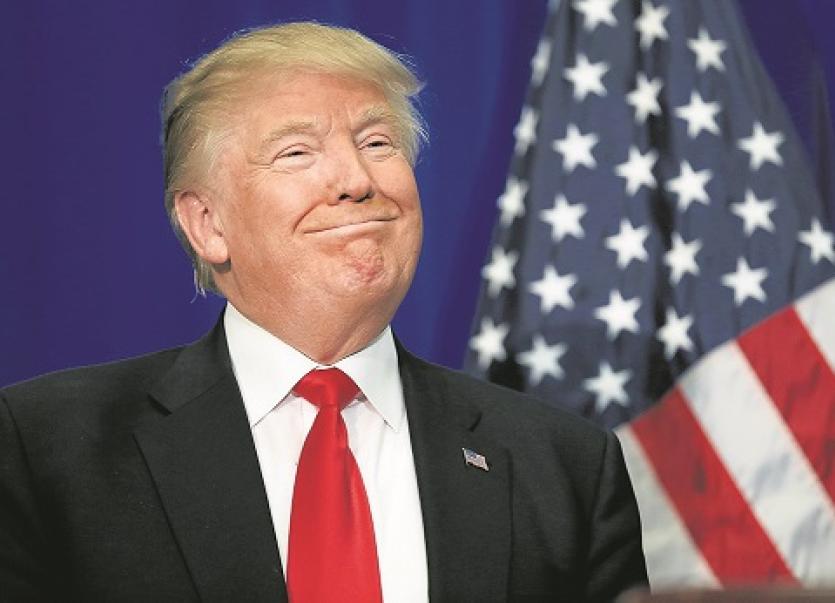 “My genuine concern about Donald Trump is that his presidency has far too many echoes of 1930’s Germany.”

I see where the president of the California Professional Firefighters criticised Donald Trump after the President threatened to withhold federal payments to the state, claiming its forest management is "so poor” and guilty of “gross mismanagement”.
Trump had tweeted: “There is no reason for these massive, deadly and costly fires in California.” He said “billions of dollars are given each year, with so many lives lost, all because of gross mismanagement of the forests. Remedy now, or no more Fed payments!”
As CPF President Brian Rice pointed out: “The president's message attacking California and threatening to withhold aid to the victims of the cataclysmic fires is ill-informed, ill-timed and demeaning to those who are suffering as well as the men and women on the front lines.”
At the time of writing, over 30 people are dead and 200 unaccounted for...firefighters were battling three majors fires, including one that destroyed the entire town of Paradise.

Rice added that Trump’s blame was “dangerously wrong.”
“Wildfires are sparked and spread not only in forested areas but in populated areas and open fields fueled by parched vegetation, high winds, low humidity and geography...
“Moreover, nearly 60 percent of California forests are under federal management, and another two-thirds under private control. It is the federal government that has chosen to divert resources away from forest management, not California.”
It’s unbelievable but typical how Trump weighs in on sensitive matters with such ill-informed guff, and yet he has a 40% support base. Maybe Hillary Clinton was right about the “basket of deplorables.”
I see where many musicians and actors who have lost homes have reacted angrily to Trump’s tweet. Neil Young responded: “California is vulnerable – not because of poor forest management as DT (our so-called president) would have us think. We are vulnerable because of climate change; the extreme weather events and our extended drought is part of it. Imagine a leader who defies science, saying these solutions shouldn’t be part of his decision-making on our behalf.
“Imagine a leader who cares more for his own, convenient option than he does for the people he leads. Imagine an unfit leader. Now imagine a fit one.”
Katy Perry and Rod Stewart also criticised Trump over his tweets. “This is an absolutely heartless response,” Perry tweeted. Stewart said: “California needs words of support & encouragement, not threats or finger pointing & accusations.”
As if that wasn’t bad enough, DT (the so-called president...to paraphrase Young) didn’t turn up at the French Armistice commemorations at the Aisne-Marne American cemetery and memorial at Belleau. The White House cited rain that grounded the president’s helicopter for the cancellation.
Press secretary Sarah Huckabee Sanders issued a statement that blamed the weather and “near-zero visibility” as well as concerns that a motorcade on short notice would have required closing roads to traffic.
DT’s Apologist-in-Chief added: “President Trump did not want to cause that kind of unexpected disruption to the city and its people”.
Critics were having none of it. Nicholas Soames, the Conservative MP and grandson of Sir Winston Churchill, tweeted: “They died with their face to the foe and that pathetic inadequate @realDonaldTrump couldn’t even defy the weather to pay his respects to The Fallen #hesnotfitto representhisgreatcountry.”
Nicolas Burns, an American diplomat who worked for both Republican and Democratic presidents, said the the decision was “astonishing”.
As I’ve written here before, my genuine concern about Donald Trump is that his presidency has far too many echoes of 1930’s Germany, a personal area of study for me at UUC years ago.
While the German people sleepwalked, a little lunatic with a dodgy moustache swept to power by scaremongering, lying and intimidation. Immediately Trump tweeted that the midterms were “a near-complete victory”, I guessed that the opposite was most probably true.
And now that the voting dust is almost settled, it’s interesting to look at the actual state of play. For example, there was great brouhaha about the Republicans holding the Senate but that picture has changed somewhat.
The Democrats actually held on in Montana, when last week, it appeared that they were doomed...they also won Nevada, and Arizona is a fascinating case.
Democratic Rep. Kyrsten Sinema actually trailed GOP Rep. Martha McSally on election night but at the time of writing, Sinema leads McSally by 32,640 votes, and now has 49.6 percent of the vote compared to 48.1 percent for McSally.
Although Trump won Ohio in 2016, Dem. Senator Sherrod Brown won by a massive 10% and the three states that gave Trump the presidency two years ago – Wisconsin, Pennsylvania and Michigan – have all elected Democratic governors.
Brown’s victory speech was very telling: “Populists are not racists,” he said. “We do not appeal to some by pushing down others. We do not lie. We do not engage in hate speech. And we do not rip babies from their families at the border. …
“We will never ever give up the hallowed ground of patriotism to the extremists — at the statehouse and in the White House. That is the message coming out of Ohio in 2018,” he concluded.
“And that is the blueprint for our nation in 2020.”
So, all is not lost, and now that the Democrats hold Congress, they can at least frustrate an incumbent of the White House, whose short reign has inspired many books, including Cass Sunstein’s ‘Can it Happen Here?’ to Madeleine Albright’s ‘Fascism: A Warning’, to Steven Levitsky and Daniel Ziblatt’s ‘How Democracies Die’ and Jason Stanley’s ‘How Fascism Works...The Politics of Us and Them’.