Sadness at news of the death of Liam McConalogue, Convoy

Former An Post staff member well known all around Donegal 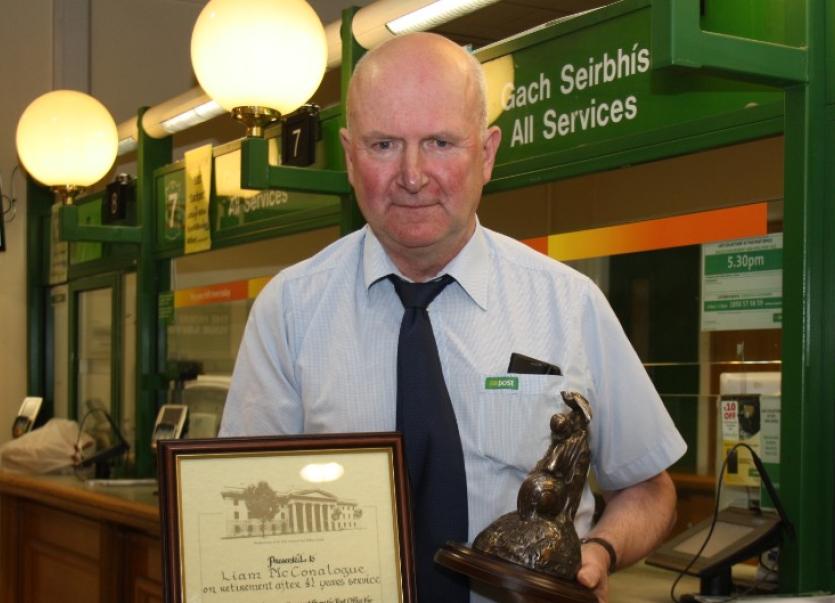 A photograph of Liam on his retirement from An Post in Letterkenny, taken by his colleague and friend, Stephen Doherty

News of the sudden passing of Liam McConalogue from Convoy has been met by deep sadness and shock across the county.

Liam died at his home at Cornagillagh, Convoy on Friday.

A former staff member at An Post in Letterkenny, he retired two years ago.

But he was perhaps best known as a proud member of St. Mary's GAA club in Convoy and a lifetime supporter of Donegal GAA.

Tributes have been pouring in since news of his passing on Friday.

On the club's official Facebook page they said Liam was a "valuable and highly respected member of our club, a true friend and gentleman."

"Liam was a quiet unassuming man who helped out in anyway he could, not just here at our club but in the local community also. Our thoughts and prayers are with his family at this sad time, may his soul rest in peace."

Liam retired in November 2016 after over 41 years working with An Post.

Thirty six of those 41-plus years were spent at the Letterkenny office, with the last 14 in the front office and behind the main counter.

His first year and a half was spent in Waterford with the next four in Castlebar, before he moved to Letterkenny.

Liam's wake and funeral arrangements will be confirmed on Monday.

SEE ALSO: Tom Comack spoke to Liam following his retirement from An Post two years ago.