Letterkenny came out top in the regional, national and overall categories 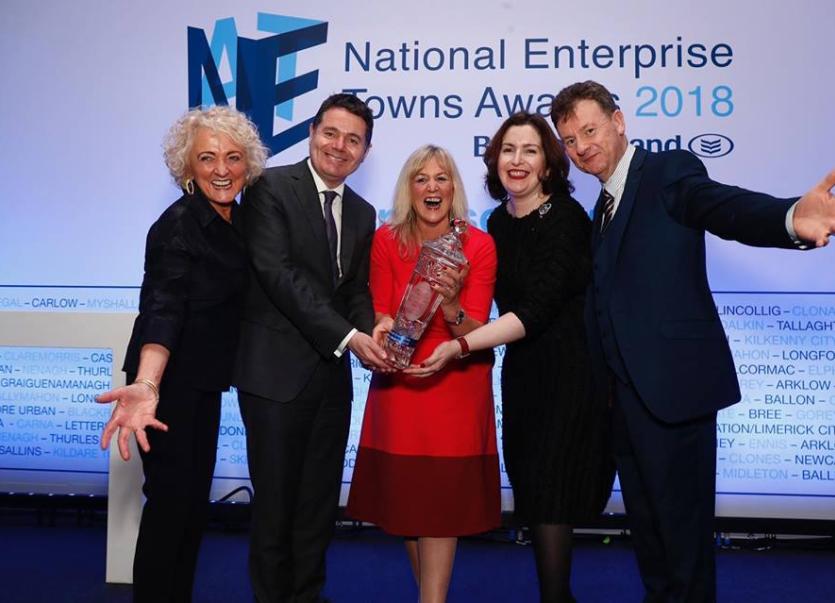 Letterkenny has won The National Award for the Most Enterprising Town In Ireland at the Bank Of Ireland Enterprise Town Awards in Kilkenny.

Letterkenny came out top in the regional, national and overall categories and Cllr. O’Domhnaill believes that this is a great accolade for Donegal’s largest town to achieve and congratulated everyone involved.

“We, in Donegal County Council, are proud of our longstanding collaborative approach to working with all stakeholders in Letterkenny including the Letterkenny Chamber and the business community and we are committed to continuing with this positive work. Letterkenny is our largest town and plays an extremely important role in the economic growth and prosperity of our county and we will continue with our drive to promote Letterkenny and indeed Donegal as a great place to live, to visit, to work and do business”.

Speaking from the awards ceremony last night, Chief Executive of Donegal County Council Seamus Neely said that this recognition for Letterkenny is a great coup not just for Donegal but for the entire North West region.

“Letterkenny is a major centre for business, it has a flourishing SME business sector and is home to leading international companies who are attracted to the town by a highly talented and educated workforce and a supportive business eco-system as well as a superb quality of life offering.”

“Letterkenny is designated in the National Planning Framework as a regional centre for growth and its unique relationship with the city of Derry has also been recognised particularly in terms of its potential in driving economic growth and prosperity for the entire region. Being named as Ireland’s most enterprising town is hugely significant and is a testament to everyone in Letterkenny including businesses, elected representatives, residents, community organisations and of course the Letterkenny Chamber.

The other towns in Donegal up for awards last night included Buncrana, Dungloe and Donegal Town with Donegal Town receiving a runners-up award in their population category.

Cllr. O’Domhnaill congratulated all the Donegal entries who were shortlisted to the final stage of the competition.

“I know from my own experience that entering a competition like the National Enterprise Town Awards is a huge commitment for any town and I would like to congratulate all the towns in Donegal who entered the competition and especially those who were shortlisted to the final stages of the competition. I would especially like to congratulate Donegal Town for receiving the runners-up award in their population category. It is great to see such vibrancy and enthusiasm throughout Donegal and it sends out a very positive message that we are a bright, enterprising and ambitious county”.