The sad passing of Vincent Campbell 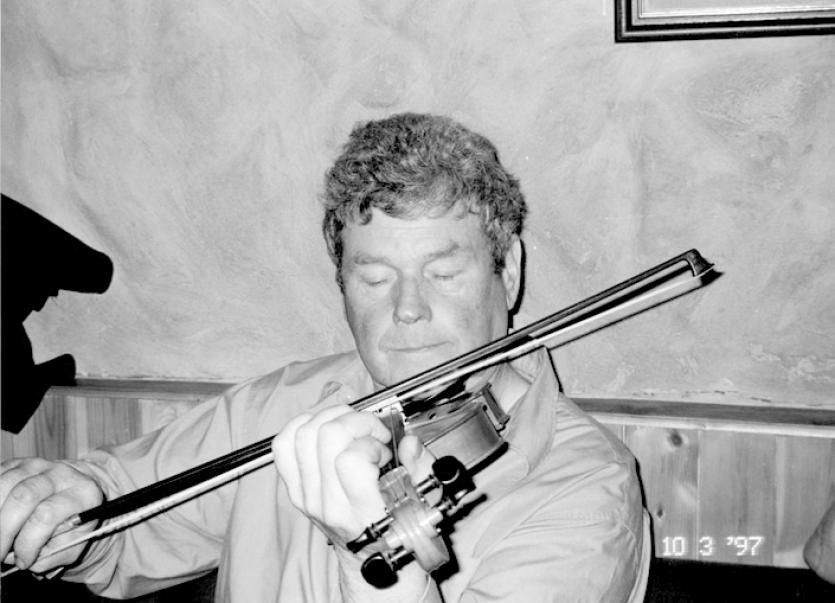 Vincent Campbell was immense in his contribution to the traditional fiddle music of Donegal and his recent death will leave a void in musical circles across the region and further afield.

Aidan O'Donnell said that Vincent was instrumental in connecting generations through music and that he had a style of playing that was 'unique and individual.'

"He was central to the rejuvenation of fiddle music in this region. If it had not been for Vincie - the tradition of Donegal fiddle music could have died and would definitely be much poorer. He carried techniques from the older generations and brought them to new generations," he said.

During his lifetime, Vincent played with some of the most prominent traditional fiddle players in England among these players were John and James Kelly.

"He was a unique player, an individual, a national figure in terms of traditional music," Aidan said.

Those who begin to learn the fiddle are traditionally taught two tunes when they are at a certain level - one of these tunes is Vincent Campbell's Mazurka - it promises that his music and his love of music will continue to live on eternally.

Ciarán Ó Maonaigh said that the contribution that Vincent Campbell made to the tradition should and could never be underestimated.

Ó'Maonaigh said that over the years Vincent played with some of the musical greats of the nation.

"Vincent lived in Meath for a time and during that time he played a few gigs with Ronnie Drew. In later years, Ronnie Drew and the Dubliners were established," he said.

Ó'Maonaigh said that his music has been recorded and captivated through both radio and TV broadcasts.

"When Seán Ó'Riada recorded the 'Our Musical Heritage' on Radio Ireland it was both John Doherty and Vincent Campbell he chose to display the tradition of this region. He had a repertoire that few other people had. He was the carrier of music from an age gone by. His loss was will certainly be felt in this area and further afield," he said.

Both Ó'Maonaigh and O'Donnell described Vincent as being more than a musician. Both agree that he was immense in the transition of folklore and carried with him an abundance of social history.

"A giant of social history has passed away," O'Donnell said.

The Requiem Mass of Vincent Campbell will take place at St Connell's Church, Glenties at 2pm on Tuesday.