The legacy of a brave nurse lives on in Glen

Nurse Kate McConnelogue was 30 when she left this world on December 9, 1918. 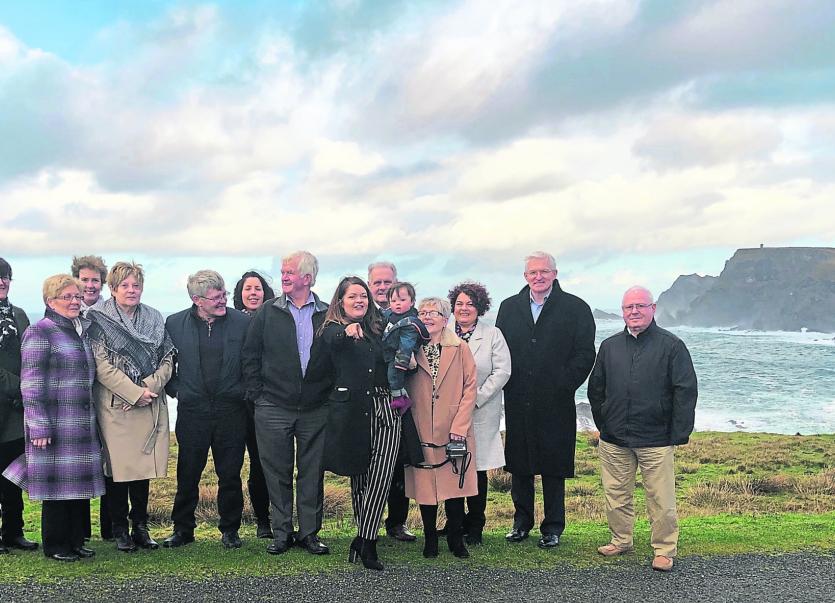 Members of the late nurse Kate McConnelogue's family, who died one hundred years ago, gathered in her memory at a place the nurse would have been exceptionally familiar with, on a daily basis

A century ago a brave young nurse and the mother of two small children lost her battle for life to the great flu in Glencolmcille.
Nurse Kate McConnelogue was thirty years of age when she left this world on December 9, 1918.
To mark the anniversary, the President of the Donegal Historical Society, Sean Bonner, members of Kate's family and members of the community gathered in Glencolmcille to remember the brave young mother.
Kate's grandson, James Deeney spoke eloquently of his late grandmother, he described the kind of lady she was and how much she contributed to the people of the area and her family.
His words were fitting and heart-felt.
Among those gathered were Noel Carr, Liam Ó'Cuinneagáin and Liam McGinley.
Members of the Glencolmcille Folk Village were also present at the event.
In 2002, the respected priest, Father Eddie Ó'Gallachóir fittingly commemorated the event.
On that occasion, Kate's daughter, May Deeney, 83, was the guest of honour.
The Liam McGinley mirror was presented to her on that memorable day.
A mirror, which is a tribute to both Nurse McConnelogue and Canon Boyle holds pride of place in the Folk Village in the heart of Glencolmcille for a couple of decades.
The mirror stands testament to their mammoth efforts during the terrible epidemic which took many lives and left many families bereft.
On Sunday last, members of Kate's family stood at the edge of the sea and recalled a lady who passed away many long years ago.The scene was poignant.
Comfort may be found in the fact that her legacy continues to live on.