25% increase in thefts from shops in Donegal

Increase in theft and related offences 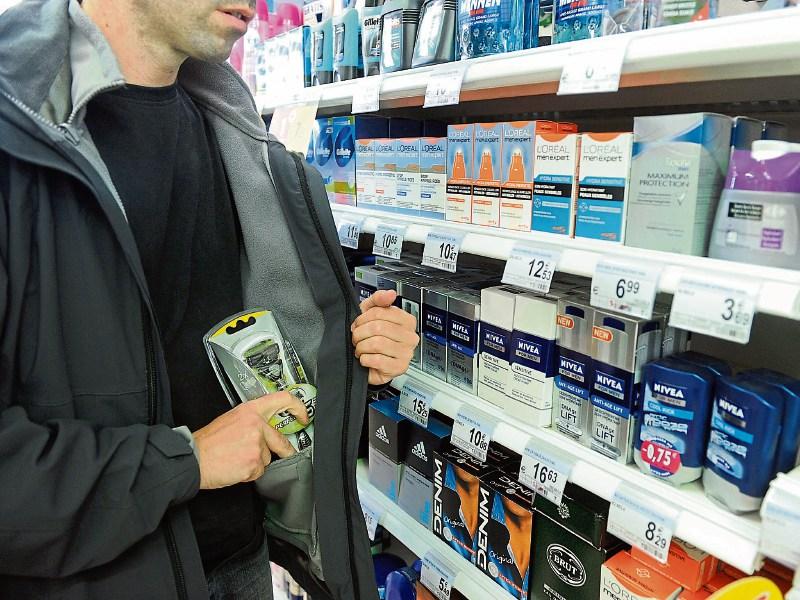 There has been a 25 per cent increase in thefts from shops in Donegal over the last 12 months.
The latest quarterly statistics for recorded crime offences from the Central Statistics Office (CSO) show the number of thefts from shops in the Donegal Garda division rose from 52 in the third quarter of 2017 to 65 in the third quarter of this year.
Donegal’s Garda chief superintendent has admitted that the detection rate for thefts from shops is low and more needs to be done to combat the problem.
Chief superintendent Terry McGinn told the Donegal Joint Policing Partnership last month that ongoing work is being done to combat theft.
Robbery from the person increased from one to four in the same period, the figures show, but burglary and related offences fell from 73 to 66, a 9 percent decrease.
Theft and related offences increased from 181 to 189, an increase of 4 per cent. Other thefts and handling of stolen property also increased, with a rise from 104 to 109.

Other thefts and handling of stolen property also increased, with a rise from 104 to 109.
The number of drink driving detections fell from 102 to 84 over the last 12 months while the number of drivers detected for drug driving increased from one to six.
The CSO has categorised the crime statistics as Under Reservation, indicating that the quality of these statistics do not meet the standards required of official statistics published by CSO.

READ MORE: Eyeing up the cost of retail theft and shoplifting in Letterkenny