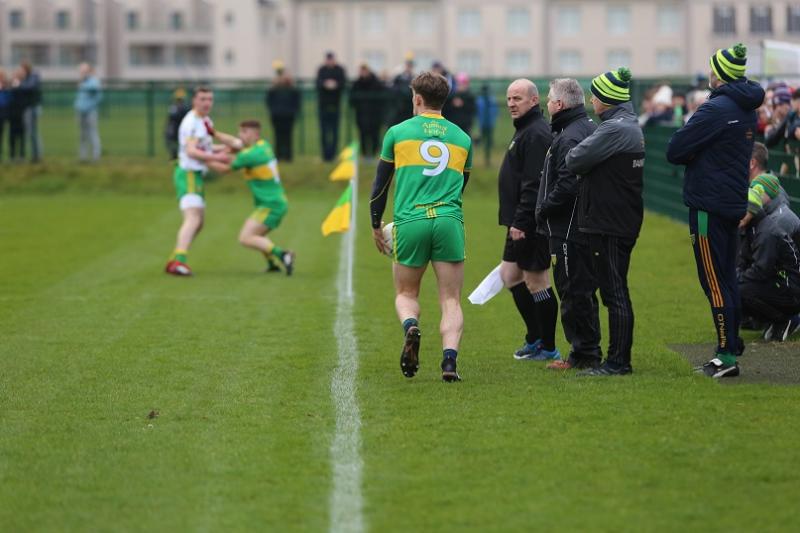 Donegal 2018 proved too strong for a 2012 All-Ireland winning selection in a charity game for Paddy Fenny McBride in Downings.

Lorcan Connor was in top form for the 2018 Donegal side notching 1-8 and it could have been better for for the performance of Paul Durcan in goal, making two wonder saves.
Donegal 2012 led 1-14 to 1-4 at half-time with Jamie Brennan notching the goal while Lorcan Connor and Michael Langan were in point scoring form.
Oisin Gallen hit the goal for the 2012 team.
The second half saw a number of substitutions with the star performer for the 2012 being Downings' Brendan McGee, who hit two late points, although one of them was in the 'dodgy umpire decision' category.
Apart from the very large crowd, a good number of the 2012 team were present including manager Jim McGuinness, in a game that was a fitting tribute to the late Paddy Fenny McBride, who passed away just before Christmas.