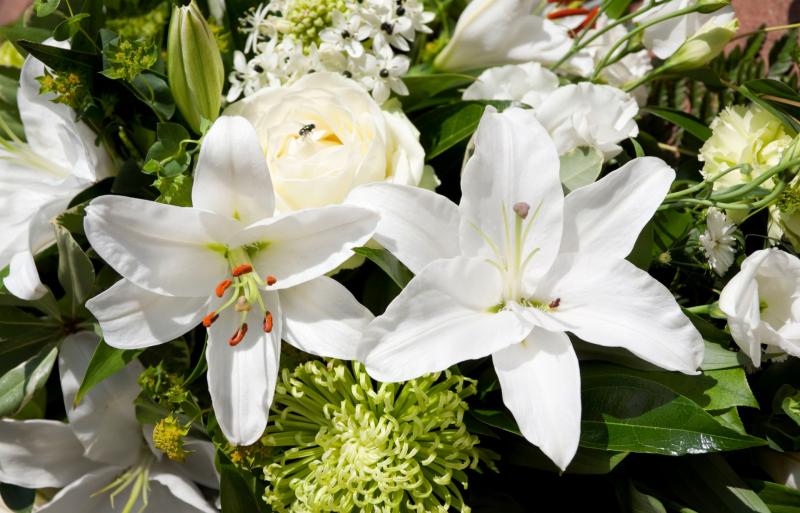 Reposing at his home. Funeral leaving his home on Sunday, December 30, at 10.50am for Funeral Mass in the Sacred Heart Church, Derry Road, Strabane, at 11.30am.

Donations in lieu of flowers, if desired, to the Alzheimers Society, c/o Quigley Funeral Directors.

The death has taken place at her home of Maureen Sharkey, Belcruit, Kincasslagh.

Remains reposing at McGlynn’s Funeral Home on Saturday from 2pm to 5.30pm with removal to St. Mary’s Church, Kincasslagh, arriving at 6.15pm to repose overnight.

Funeral Mass on Sunday at 10am with interment afterwards in Belcruit Cemetery.

Reposing at his residence on Saturday from 12 noon to 10pm.

Removal on Sunday for 11am Funeral Mass in St Brigid's Church, Ballintra, with burial afterwards in the adjoining cemetery. House private to family on Sunday morning please.

The death has occurred of Evelynn Erskine, 3 Cruckarra, Kilcar.

Removal from her home on Saturday evening to St. Cartha's Church, Kilcar for 7pm Mass, to repose overnight.

Funeral Mass on Sunday at 11am. Interment afterwards in Kilcar Cemetery.

The death has occurred at his home of Hugh Browne, 12 Hawthorn Close, Ballybofey.

Funeral leaving his home on Saturday, December 29 at 10.30am for Requiem Mass at 11am in the Church of Mary Immaculate, Stranorlar with interment afterwards in Drumboe cemetery.

Donations in lieu of flowers, if so desired, to Hill Crest Nursing Home, Long Lane, Letterkenny, c/o any family member.

Family time on the morning of the funeral, please.

The death has taken place of James McLaughlin, Ballynally, Moville.

His remains are reposing at his late residence. Funeral from there on Saturday, December 29 at 10.15am for 11am Requiem Mass in St. Columba’s Church, Ballinacrea followed by burial in the adjoining cemetery.

Family flowers only, or if desired donation in lieu to the Donegal Cancer Care Bus c/o Liam Collins Funeral Director or any family member.

The sudden death has taken place in Holland of Michael Trainor, Glasgow.

His remains arrived at St. Joseph’s Church, Rathmullan on Friday to repose overnight.

Requiem Mass on Saturday, December 29 at 11am with burial afterwards in Rathmullan Cemetery.