Pat McArt reflects, in his own inimitable way, on the year that was 2018 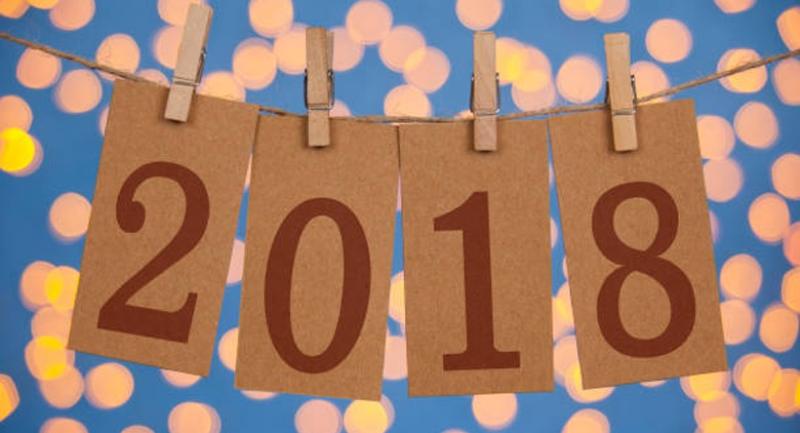 I got a wee note from the editor of this august newspaper, Mr. M. Daly Esq., shortly before Christmas suggesting if I ‘was doing nothing over the next few days’ I might run up a wee piece – ‘850 words would be great’, he suggested – on my memories of 2018.
As strategists go – that’s an euphemistic phrase- there are few that come anywhere near Ballyshannon’s finest. Anyway, seeing that he was right and I was doing nothing at the time, here goes….
If there was one thing that dominated 2018 – well apart from Brexit –it had to be the weather. Who would have thought that we would have weather forecasters coming on after the Nine 0’Clock News on RTE in late July looking all worried and concerned about a drought. This in a country where it rains incessantly.

If we lived in Australia, where it rains about an hour a year, we would, observed a friend of mine, have all been dead by mid August. He's a cheerful sort.

BEAST FROM THE EAST
And this came after ‘the Beast from the East’ when there were farmers in the south of the country climbing on to roofs of outbuildings to check on animals in the fields because the snow was that deep they were having trouble seeing where they were. Wasn’t there a tail end of a typhoon earlier in the year too? And who says that climate change is a fairy tale? Brexit, I have to mention it
I'm losing the will to live when it comes on the telly and all these 'experts' start explaining what's going on, though you and I have know they haven't a baldies. I have gotten so confused about what is happening in regard to the Customs Union and Single Market and the Norway option and the Canadian option I feel like stopping off at Biddy’s of Barnes and staying permanently pissed until the end of March when the Brits will leave the EU one way or the other and the agony ends.
The only, inadvertent, bright spot from Brexit was seeing the DUP’s Sammy Wilson’s apoplectic rage when interviewed about the stance of Leo Varadkar and Simon Coveney in regard to the ‘backstop’. Sammy’s face got so red and hot you could have put a couple of slices of bread on either cheek and got toast. Solar panels, presumably, are not required in the Wilson household when Sammy goes off on one.

Trump
Abroad, the Trump White House was the gift that kept on giving in terms of news.
My favourite moment was when his former press secretary, Sean Spicer, was interviewed on the BBC’s Newsnight and nearly choked himself – I was going to use another expression there – when Emily Maitlis accused him of being part of a ‘corrosive culture’ and of ‘playing with the truth’ before, finally, putting the boot in by stating “ (you have)…corrupted discourse for the entire world by going along with these lies.”
None of the American media had the ‘cojones’ to put it up to Spicer in that way. It was great television.

BIG TOM
On the entertainment scene we lost one of Ireland’s greatest ever country stars, Big Tom (McBride). Now, speaking personally, I used to throw stones at the radio when he came on but he was loved by thousands of people, and there was no bigger attraction for the Irish in Britain that the Castleblayney singer. May he rest in peace.
The good news was that Bono and Geldof seem to have permanently left the country.

ROY KEANE
It was a mixed bag on the sporting front. Martin O’Neill and Roy Keane turned the Irish soccer team into a poor copy of Jose Mourinho’s Manchester Utd. Not only could they not win a big game, but the type of football they played made watching paint drying an attractive alternative option. No wonder both - Jose and Martin/Roy - are now looking at their options for 2019.
Dublin, of course, won the All-Ireland. With a million and half people in their catchment area, the biggest team budget in the country, home advantage in every game it never ceases to amaze me why people are still amazed they are winning so much. All they need to seal the entire deal is bring the referee in the coach with them on the way to Croke Park. (Just spelling it out for Declan Bonner there, folks) Hockey team
My two favourite sports stars of 2018 were, definitely, the O’Donovan brothers, the world champion rowers. These guys take on the best and win. And they do it with great good humour.

Of course we can't forget the Irish ladies hockey team getting to a World Cup final or, my favourite moment, the Irish men’s rugby team defeating the All Blacks in Dublin for the first time. It just about topped their defeat of England at Twickenham on St Patrick’s Day –how apt was that? – to win the Six Nations. Are they now the world's number one rugby team? The most memorable event at local level during 2018 was the controversy that hit Peter Casey’s presidential campaign in the dying days of the most boring election campaign in living memory. Greencastle based Casey was on 1% nine days out from polling day when he make remarks about Travellers in Thurles.
All hell broke loose. And he zoomed up to 23% in the actual vote.
That tells us a lot about what’s bubbling under the surface in Ireland in 2018.