House prices in Donegal 4% higher than a year previously 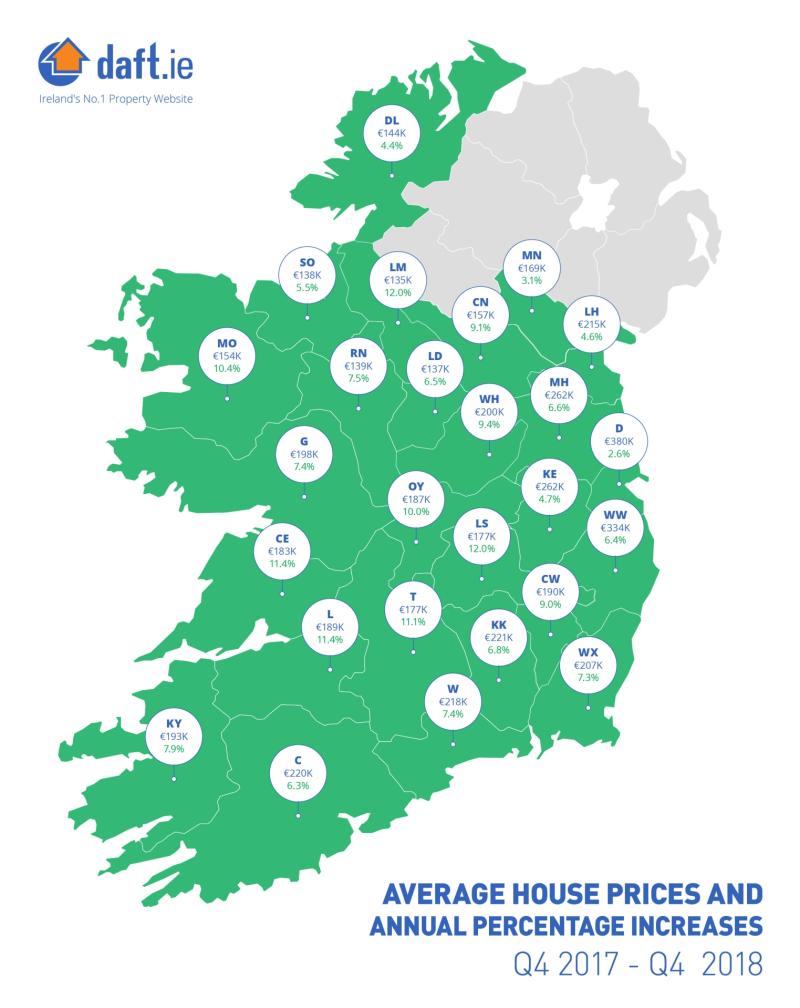 Prices nationally rose by 5.5% during 2018, according to the latest House Price Report released by property website, daft.ie.

The number of properties available to buy on the market nationwide rose by 10% during 2018. There were over 23,500 properties for sale in December 2018, compared to 21,200 a year earlier. This is the first year-end increase in availability in a decade. Whereas earlier in the year the increase was being driven entirely by Dublin – where availability is up 40% – better availability has now spread to other parts of the country, including other cities, and the rest of Leinster and Munster.

Commenting on the figures, Ronan Lyons, economist at Trinity College Dublin and author of the Daft.ie Report, said: “During the 2000s bubble and crash, the laws of supply and demand were secondary in the housing market to credit market shocks. Not least because of the Central Bank’s mortgage rules, the market this decade has returned to the more fundamental drivers of supply and demand. Since 2013, demand has been strong but supply weak. The increase in homes being built – especially estate houses – in the last 18 months, though, has helped cool down inflation, in particular in the Greater Dublin area, where construction activity is focused. The hope for the housing system is that the building of new homes continues to increase, and to spread to other urban areas. ”

Martin Clancy from Daft.ie said: “Interest and demand in the property market continues to grow. We are now seeing over 1,000 property searches taking place every minute on Daft.ie.”