Very easy for Donegal against Queen's in opening game of Bank of Ireland Dr. McKenna Cup 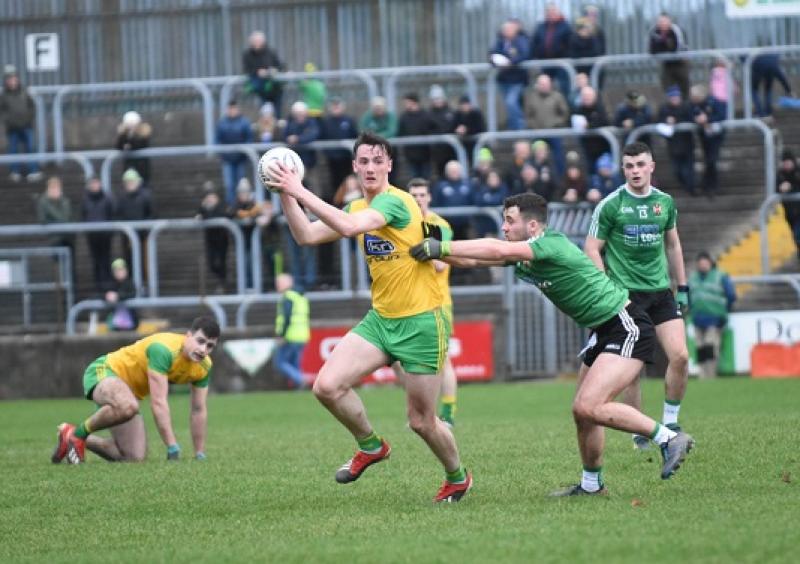 The attendance of around 1,200 didn't get much to shout about as this game was played at a very leisurely pace with tackling almost non existant.
While Queen's looked organised, they didn't have the same cutting edge as Donegal up front. Michael Langan, Eoin McHugh and Ciaran Thompson were in top scoring form as Donegal kept the scoreboard ticking to lead 0-13 to 0-5 at the break.
Michael Langan had the best goal chance of the half, rattling the crossbar from point blank range on 13 minutes.
There was a big increase in kicking and referee Niall McKenna blew three times for the three hand pass infringement.
Queen's had an early goal chance when Ciaran Hughes made a 'mark' inside but decided to play on but was thwarted by Shaun Patton at the expense of a '45'.
Ryan Treanor looked the best of Queen's front line and had two half goal chances during the half.
The third quarter was a very friendly affair, the sides sharing eight points.
Donegal lost Michael Langan to the sin bin for a pull down but they were able to keep Queen's at arms length and man of the match, Ciaran Thompson kept the scoreboard ticking. Michael Langan, just back on the field, had the final point from a free.