IT OCCURS TO ME: A lighthearted look back on 2018

Part 2 of Frank Galligan's alternative review of the year 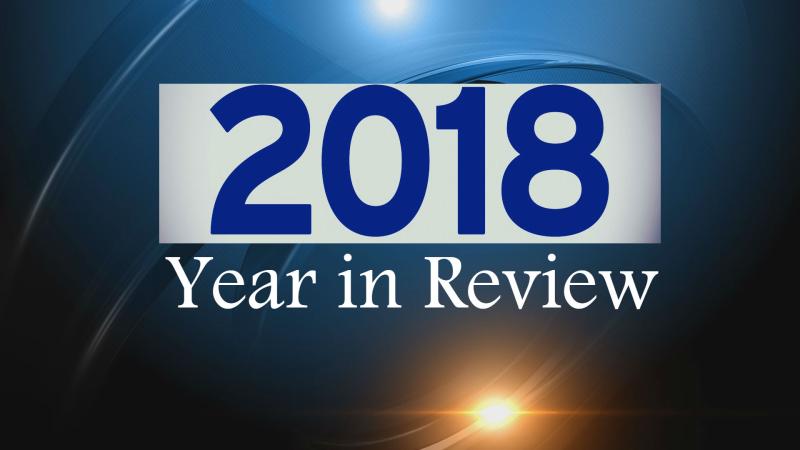 It's a happy new year from Frank Galligan and to mark the end of another year, the Democrat columnist brings another selection of some of his favourite stories from his 'It Occurs to Me' column.

An elderly acquaintance in County Antrim who is married to a farmer attended a meeting with other wives and all felt seriously patronised by a young female whippersnapper who lectured them about the positive attributes of multitasking. She eventually had enough and put up her hand. “You have a point to make?” says your one.
“I do!” says my friend, “I can multitask too...I can scratch, sneeze and pee at the one time!”
She got an ovation...your one went quiet. One up for the grey revolution.

STRAIGHT OVER AND UP!
Some years ago, I was in a two teacher country school in Cavan and just before I departed, I decided to devote 5 minutes to a question and answer session about the day’s creativity – poetry and storytelling. “I’ve a question for you, mister,” volunteered one lad. “Fire away,” says I. “Where’d you get the tie, Mister?” he asked. The teacher put her head in her hands, but I just laughed and reminded her, “The child always speaks the truth.” In other words, he or she will ask what they consider the important question.
One of my most vivid memories from boarding school is of a dear friend getting a right lashing from the leather strap because he tried to answer a question in the kind of way an innocent 12-year old might. The Maths teacher, a rather fierce Reverend, asked him “Stand up, ‘Maguire’, and tell the class what a right angled triangle is?” Up he stood and uttered the immortal line, “Straight over and up, Father!” Five minutes later, as he hopped about the classroom with the ubiquitous sore arse, he looked at me with big innocent eyes and exclaimed, “Jesus, Galligan, it is straight over and up, isn’t it?”

Many of you enjoyed my children’s history lessons last week. Here are some hilarious takes on great writers, also from the mouths of babes:
“The greatest writer of the Renaissance was William Shakespear. Shakespear never made much money and is famous only because of his plays. He lived in Windsor with his merry wives, writing tragedies, comedies and errors. In Shakespear's famous play, Hamlet rations out his situation by relieving himself in a long soliloquy. In another, Lady Macbeth tries to convince Macbeth to kill the King by attacking his manhood. Romeo and Juliet are an example of a heroic couplet. Writing at the same time as Shakespear was Miquel Cervantes. He wrote 'Donkey Hote'. The next great author was John Milton. Milton wrote 'Paradise Lost.' Then his wife died and he wrote 'Paradise Regained.'”

A WEE DIP!
I went to Gortnabrade NS outside Carrigart. Our Principal, Joe Gallagher, was a true gentleman, a great teacher and a personal inspiration. On Mondays, Joe eased our way into first class by asking us about our weekend activities and on one occasion, enquired of a lad from the Mulroy area what he had got up to. “Well, Master, I went tae the Sandy Hills and Tramore Beach wi’ Frankie Galligan and John Boylan.” Joe knew how to get the best out of this character and then asked him to give him two reasons why he liked the seaside. His answer was straight and uncomplicated: “Sweemin and weemin, Master.”

A GOLFING MEMORY
As a youngster, I caddied for many years at the Rosapenna Golf Links (once ranked 3rd in Britain and Ireland behind The Old Course at St.Andrews and The Royal County Down Golf Club) to earn a few bob during summer holidays. My friend and fellow caddy, ‘Hughie’ (not his real name), was once asked in my presence by a visiting golfer what club he’d recommend for a particularly difficult hole. Hughie was itching to finish early as he was meeting “a wee woman for an ice-cream at McBrides”. Says he in his haste: “You may as well hit her a f...een keek!”

I see where a Scottish laddie is suing an American quiz show. He was denied the top $50,000 prize when he was told he had answered the final question incorrectly. However, he insists he gave the correct answer...see what you think yourselves. Readers in the Laggan will get it immediately:
Q: ‘Where is Santa Fe?
A: ‘The North Pole’.