60th anniversary of Donegal rail closures to be remembered 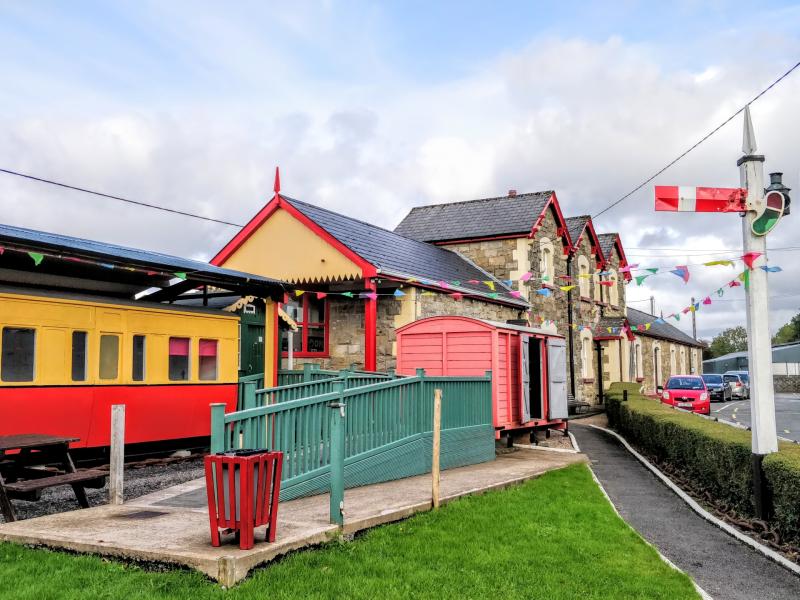 Next year will mark the 60th anniversary since the end of the County Donegal Railway and the closure will be marked at the Donegal Railway Heritage Centre.
The County Donegal Railway and the Londonderry & Lough Swilly Railway, with a total of 225 miles of track, formed the largest narrow gauge railway system in north-west Europe.
The first closure was to passenger services on the Glenties branch in 1947, followed by complete closure in 1952. The County Donegal Railway’s line to Derry closed at the end of 1954, bar one school special in June 1955. The other lines survived until the end of 1959.
The Donegal Railway Heritage Centre was established in 1995 by the County Donegal Railway Restoration Limited. It's situated in the old Donegal Town station.
It’s been a busy 12 months for the centre and manager Niall McCaughan, who was appointed to the post earlier this year, said the centre has ambitious plans.
“The last 12 months have been an exciting time for the museum, and it’s amazing what has been achieved over this time,” he said.
“Successes have included winning the St Patrick’s Day Parade, our fashion show, our 3D modelling project, our Halloween event, and the recent Christmas Santa weekends which had our biggest attendance ever.
“We are also particularly proud of instigating an application and being awarded a grant of over €100,000 through the Town & Country Renewal Scheme to enhance Donegal Town itself which will focus on improved signage, access and other ways to improve visitor experience in our town.”
Mr McCaughan said the centre is making strides to become more sustainable. One example is the reproduction of the famous Donegal Railway travel in its original "B1" size in glorious colour.
“The poster was produced in 1910 and features many landmarks from Donegal and is proving very popular this year. We have also widely distributed several of our own publications which are now available across the county. We are also now able to offer our railway carriages as a unique location to host events, meetings and the like.” Anniversary
A big focus for the centre next year will be the anniversary of the closing of the station and much of the Donegal rail network.
“We are focusing on commemorating this anniversary, engaging people, and also using this as an opportunity to fundraise for the museum. We have a number of priorities including raising funding to restore and bring the famous Donegal engine Drumboe back home to Donegal Town, as well as upgrade and reorganise the museum which is badly needed.
“At the moment we are carrying our much-needed maintenance to the stock, and in the near future will be ascertaining how our site can be best utilised for visitors; this may include repositioning some of the present railway stocks on the site. Separately we are always on the lookout for any railway stock or anything associated with the railway across the County which is at risk or needs to be rescued. We are asking the public to let us know if they see something that meets this description.
“We also need to thank our dedicated staff who have been an important part of providing a special and unique experience to all who visit. We thank Donna Maskery the previous manager here who did sterling work in the earlier part of this year, as well as our Board, our Members, and our funders, the business community and the general public.”
Mr McCaughan called on the public and the local businesses to play their part in the year and years ahead.
“We have ambitious plans, but it won’t happen without your continued support; we are continually seeking to engage all in celebrating and appreciating our unique railway heritage in Donegal."