The International Year of Salmon bodes well for Donegal anglers 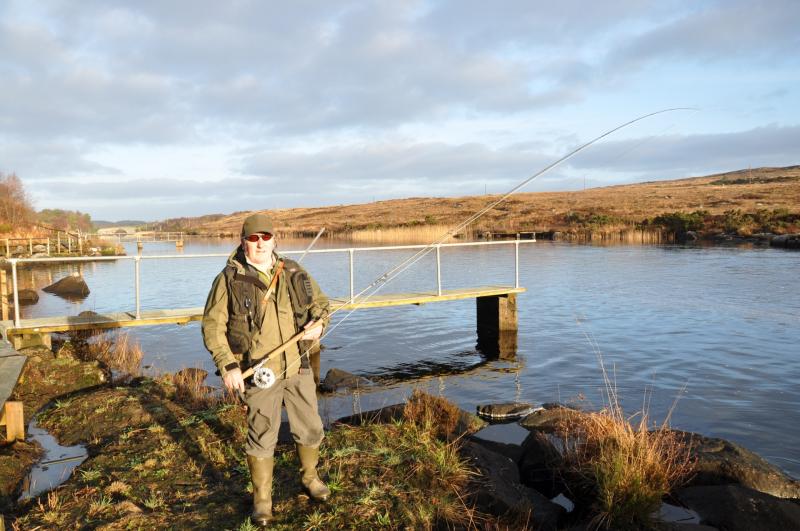 The first salmon of the year has been caught and released on the Lackagh River at 9.25am on Tuesday, January 1.

The salmon, which weighed approximately five pounds and was caught on a single barbless hook before being released into the water, was also the first salmon caught and released during International Year of the Salmon which takes place in 2019.

Special initiative on the River Drowes

This year, a special initiative is being taken at the River Drowes to mark the International Year of the Salmon.

Dr Ciaran Byrne, CEO of Inland Fisheries Ireland said: "I would like to congratulate Michael McCann, on his catch which is highly coveted by anglers across the country. We are particularly delighted that the first salmon of 2019 was caught and released in a sustainable manner in Donegal in compliance with the 2019 regulations. I would urge anglers to step up their conservation efforts and engage in catch and release angling in 2019. The New Year coincides with International Year of the Salmon which aims to raise awareness of some of the challenges facing salmon stocks across the Northern hemisphere."

Salmon populations have plummeted in recent years with the number of salmon returning to Irish shores decreasing by over 70 per cent.

"We look forward to promoting this global initiative in Ireland which aims to bring people together to share knowledge, raise awareness and take action on how we can ensure the resilience of salmon in Ireland and across the Northern hemisphere," he said.

International Year of the Salmon is a joint world-wide initiative of the North Atlantic Salmon Conservation Organisation (NASCO) and the North Pacific Anadromous Fish Commission (NPAFC) alongside other partners across the globe, creating an international framework for collaborative outreach and research. It is hoped that this initiative will raise awareness of what humans can do to ensure salmon and their habitats are conserved and restored against a backdrop of several environmental factors which have contributed to their decline.

The Lackagh River is open to catch and release fishing during the 2019 season. The Lackagh fishery is situated partially within Glenveagh National Park.

Inland Fisheries Ireland is also inviting the public to help protect and conserve the fisheries resource during the year by reporting incidents to its confidential hotline number 1890 34 74 24 or 1890 FISH 24. The phone line is designed to encourage the reporting of incidents of illegal fishing, water pollution and invasive species.

Anglers looking for fishing information in Ireland during 2019 should visit www.fishinginireland.info for all the latest angling news and reports. For more information about Inland Fisheries Ireland, visit www.fisheriesireland.ie.